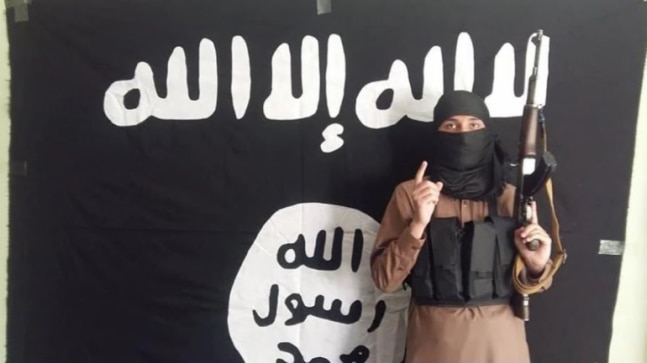 Multiple bomb blasts at the Kabul airport on Thursday night were the deadliest terror attack on US forces in Afghanistan since 2011. Thirteen US soldiers were reported killed in the terror attack that left over 100 people dead. The last time US forces lost so many soldiers was 20 years ago when the Taliban had shot down a Chinook transport helicopter near Kabul, killing 30 personnel.

WHAT IS ISLAMIC STATE-KHORASAN?

As the name suggests, the Islamic State-Khorasan or IS-K is an offshoot of the Islamic State or IS, earlier called the ISIS (Islamic State of Iraq and Syria). The IS-K is based in the Khorasan province of Afghanistan. Its aim is to establish a caliphate in Central and South Asia.

WHEN DID IS-K COME UP?

When the Islamic State was expanding in Syria and Iraq in 2014-15, the IS-K sprang up in Khorasan in eastern Afghanistan as ‘the caliphate’s sword’ in the region. By 2015-16, the IS-Khorasan was already launching terror attacks on the US-led forces in Afghanistan.

When the group was first formed in Afghanistan, a Pakistani national, Hafiz Saeed Khan was the emir (also spelt as amir) was the head of IS-Khorasan. The group reportedly had close ties with Pakistan-based terror groups that were linked to Pakistan Army’s Inter-Services Intelligence (ISI).

The group also had connections with the Taliban. Hafiz Saeed Khan’s deputy in the IS-Khorasan was a former Talib called Adhul Rauf Aliza. Reports say Aliza was in the US’s custody at its Guantanamo Bay detention camp.

In retaliation to attacks in Afghanistan, the US conducted airstrikes to kill Abdul Rauf Aliza in 2015 and Hafiz Saeed Khan in 2016.

The group is currently headed by Shahab al-Muhajir.

WHO IS SHAHAB AL-MUHAJIR?

In Afghanistan-Pakistan region, the term muhajir is commonly used to refer to those migrated from India (particularly from Bihar and Uttar Pradesh) to Pakistan following Partition of the country at Independence in 1947. But Shahab al-Muhajir does not have an Indian ancestry.

Shahab al-Muhajir is an ethnic Arab. He is the first chief of the IS-Khorasan to have come from outside South Asia. Before his promotion to IS-Khorasan head, Shahab al-Muhajir had worked for al-Qaeda and was a mid-level commander in the Haqqani Network, which is part of the Taliban set-up and often considered as the link between the ISI and the Taliban.

BUT THERE IS A MYSTERY

Shahab al-Muhajir became the IS-Khorasan chief in June-July in 2020. The IS-Khorasan itself confirmed the name. However, those following terrorism in Afghanistan closely believe that this could not be his real name.

There is speculation that a Syrian national named Abu Muhammad Saeed Khurasani with links to Islamic State and Shahab al-Muhajir could be the same person.

Before the IS-Khorasan announced al-Muhajir as its chief, the UN Security Council’s Sanction Monitoring Team had reported that the Syrian national was likely to be appointed IS-K head.

HOW POWERFUL IS IS-K?

Washington-based think-tank, the Center for Strategic and International Studies, estimated that the IS-Khorasan carried out about 100 attacks in Afghanistan-Pakistan in 2017-18 on civilians and more than 250 on the US-Afghan and Pakistani forces.

The IS-Khorasan has been forthcoming in claiming responsibility for terror attacks, some of which could be false claims, experts believe. Among the terror attacks that the IS-Khorasan claimed to have carried out were on Kabul University premises, firing of rockets into the Presidential Palace of Afghanistan and targeting Hamid Karzai International Airport in Kabul in 2020.

HOW MANY FIGHTERS DOES IS-K HAVE?

The IS-Khorasan is estimated to have 1,500-2,000 fighters at its command. But these small bands of fighters are in decentralised set-up making the group effective in carrying out guerrilla warfare and terror attacks.

Though the two groups have turncoat-cadres moving from one outfit to another, the Taliban and IS-Khorasan are in competition to gain upper hand in Afghanistan. The Taliban on Thursday claimed that they had provided intelligence inputs to the US-led Nato forces about the Kabul airport terror attack.

The IS-Khorasan wants to impose its version of sharia, the Islamic law in Afghanistan. The Taliban have imposed sharia as per their interpretation in Afghanistan after the takeover of Kabul on August 15.

Reports from the Taliban camp also claimed that after the capture of Kabul, they executed Abu Omar Khorasani, who was previously the head of the Islamic State in South Asia (IS-SA). He was in a Kabul prison for some time.

CAN IS-K PUSH THE US RETHINK WITHDRAWAL?

After the Kabul airport terror attack, US President Joe Biden said, “To those who carried out this attackwe will not forgive. We will not forget. We will hunt you down and make you pay.”

“I have ordered my commanders to develop operational plans to strike the ISIS-K assets, leadership and facilities. We will respond with force and precision at our time, at the place we choose and at the moment of our choosing,” Biden said.

This hints at an extended stay of the US forces in Afghanistan. But Biden also said, “We will not be deterred by terrorists. We will not let them stop our mission. We will continue the evacuation.”

Sorgente articolo:
Decoded | What is Islamic State-Khorasan that launched deadliest attack on US forces since 2011 – India Today