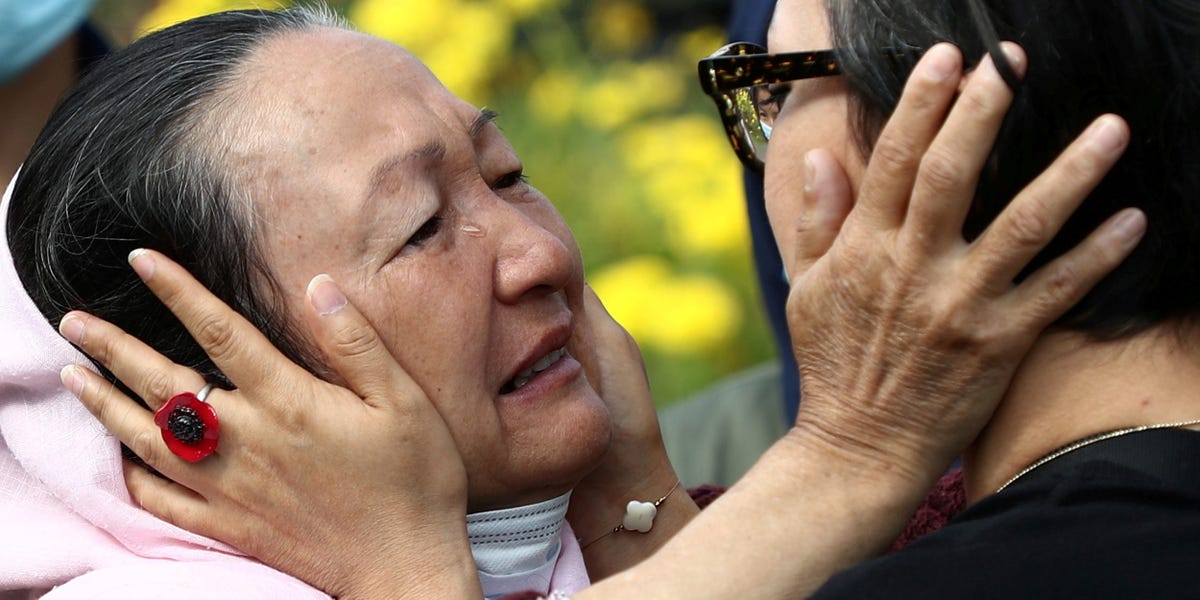 An Afghan mother who escaped Kabul earlier in the week was reunited in France with her daughter on Friday, Reuters reported.

Shakiba Dawod, who has lived in France for 12 years, and her mother Qadira hugged and cried outside a reception center near Paris.

“There’s lots of emotion today,” Dawod told Reuters. “The moment I saw my mother running towards me, all those fears fell away.”

Qadira arrived in France on Tuesday with another daughter and three sons, after spending days trying to get to Kabul’s airport, according to the report. The family arrived onboard a French aircraft and quarantined for COVID-19 upon arrival, waiting until Friday to step out of the building for the reunion with Dawod.

The family fled Afghanistan because of pressure from the Taliban, Reuters reported. One brother had served in the Afghan army before he was killed by the Taliban in 2019.

“In Afghanistan, everything came crumbling down, their hopes and their dreams crumbled,” Dawod told Reuters. “I hope I’ll be able to help them to dream again and to rebuild their lives.”

This story is developing. Please check back for updates.