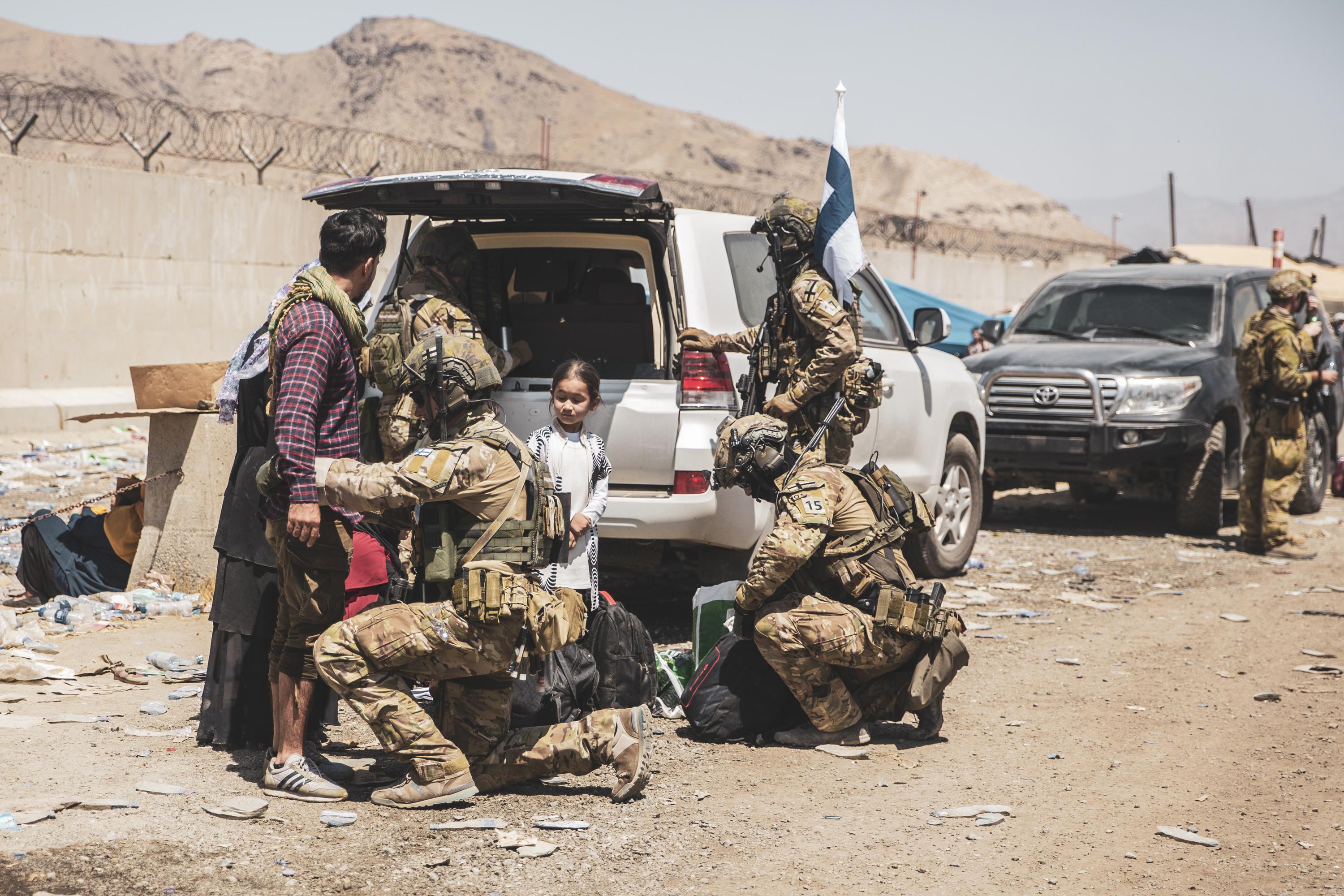 WASHINGTON (AP) — As the U.S. rushes to evacuate Americans and allies from the chaos of Afghanistan, a growing number of Republicans are questioning why the U.S. should take in Afghan citizens who worked side by side with Americans, further exacerbating divides within the party heading into next year’s midterm elections.

Little more than a week ago, as the Taliban’s stunning takeover of Afghanistan still was snapping into focus, former President Donald Trump issued a statement saying “civilians and others who have been good to our Country … should be allowed to seek refuge.” But in more recent days, he has turned to warning of the alleged dangers posed by those desperately trying to flee their country before an end-of-month deadline.

“How many terrorists will Joe Biden bring to America?” he asked.

As Republicans level blistering criticism at Biden during his first major foreign policy crisis, some are turning to the nativist, anti-immigrant rhetoric perfected by Trump during his four years in office. It’s causing dismay among others in the party who think the U.S. should look out for those who helped the Americans over the last two decades.

“I think these false narratives that these are a bunch of terrorists are just — they’re completely baseless in reality,” said Olivia Troye, a former White House homeland security adviser who currently serves as director of the Republican Accountability Project. “There’s no basis for this at all in terms of the intelligence and national security world.”

Neil Newhouse, a veteran Republican pollster, said the rhetoric reflects “a general, overall increase” in concern in the country over the risk of terrorist threats after Afghanistan’s fall to the Taliban — not just in the short term from those who may not have been properly vetted, but a year or two down the road.

“There’s just a sense that we are less safe as a country as a result of this,” he said.

The Biden administration has stressed that every person cleared to come to the U.S. is being thoroughly vetted by officials working around the clock. But the refugees have become an emerging flash point, with Trump and his followers loudly demanding that Americans be prioritized for evacuation and warning of the potential dangers posed by Afghans being rescued in one of the world’s largest-ever civilian airlift operations.

That talk intensified Thursday after a suicide bombing ripped through the crowd at the Kabul airport, killing 13 U.S. service members and well over 150 Afghans.

“How many American military personnel have to die to evacuate unvetted refugees?” tweeted Rep. Matt Rosendale, R-Mont. “Get American citizens out and bring our troops home.”

Sen. Ted Cruz, R-Texas, on Friday toured the Doña Ana Range complex at Fort Bliss, where many refugees will be housed, and later tweeted the U.S. “should rescue Afghans who’ve assisted the US military, but they should go to a neutral & safe third country.”

“They should NOT come to US w/o a FULL security vetting,” he said.

That followed a call Wednesday by Kentucky Rep. James Comer, the top Republican on the House Oversight and Reform committee, for the administration to brief lawmakers on their efforts to vet Afghan refugees and prevent terrorists from entering the country.

“In the chaotic situation left in the wake of the Taliban’s takeover of Afghanistan, we are particularly concerned that terrorists and others who wish to harm the United States may seek to infiltrate the country disguised as those who provided assistance to coalition forces in Afghanistan,” he wrote in letters to the secretaries of state and homeland security.

Still others, including Republican governors and members of Congress, have taken a different stance, welcoming refugees to their states and working furiously to help those trying to flee. On Capitol Hill, the effort to help Afghan friends and family of constituents is the rare undertaking that is consuming legislative offices of members of both parties.

The U.S. has evacuated more than 100,000 people from Afghanistan since the airlift began Aug. 14, including more than 5,100 American citizens. While the administration’s explicitly stated priority is to evacuate Americans, the numbers reflect the demographics of those trying to flee.

U.S. officials believe about 500 American citizens who want to leave Afghanistan remain in the country; others are believed to want to stay. And many of the Afghans, including those who served as American interpreters and fixers and in other support capacities, are desperate to escape, fearing they will be prime targets for retribution by the Taliban once the U.S. leaves.

But that hasn’t stopped Republicans from accusing the Biden administration of failing to put Americans first.

“We’re actually prioritizing Afghan refugees more than we’re prioritizing our own citizens,” said Republican J.D. Vance, who is running for Senate in Ohio and has made repeat television appearances blasting the administration’s approach.

On Fox Business Network, he claimed, without evidence, that the U.S. has “no knowledge” of 90% of the people being evacuated and said some have shown up on wide-ranging terror databases.

“They put Americans last in every single way, but Americans pay for it all,” echoed Rep. Marjorie Taylor Greene, R-Ga., who has shot to prominence with incendiary statements.

Trump and his former policy adviser Stephen Miller, along with conservative commentators like Tucker Carlson, have taken things even further, using the same anti-immigrant language that was the hallmark of Trump’s 2015 speech announcing his candidacy for the Republican nomination.

“You can be sure the Taliban, who are now in complete control, didn’t allow the best and brightest to board these evacuation flights,” Trump said. “Instead, we can only imagine how many thousands of terrorists have been airlifted out of Afghanistan and into neighborhoods around the world.”

The rhetoric underscores the transformation of a party once led by neoconservatives who championed interventionist nation-building policies and invaded Afghanistan — followed by Iraq — nearly 20 years ago.

But not Republicans all are on board.

Sen. Thom Tillis, R-N.C., whose office has been working around the clock to rescue the “countless” Afghans he says deserve evacuation, chastised those in his party invoking “terrorist” rhetoric.

“I would say that they need to do their homework,” he said. “When you talk to the people that we’ve spoken with, when you look at their service record … when you recognize that they sleep in the same tents, they carry arms together, they’ve been in live firefights, how dare anyone question whether or not they deserve to come to this country or to a safe third country?”

“We’re not talking about just walking down the street and picking and choosing people,” Tillis added. “We know these people. We know who their children are. We know what their service record was. And quite honestly, somebody taking that position, each and every time they do, is insulting a service member who considers these people like brothers and sisters.”

Many of the Afghans seeking to come to the U.S. are doing so under the Special Immigrant Visa program designed specifically for individuals who worked with U.S. forces. Adam Bates, policy counsel at the International Refugee Assistance Project, said that, due to their work, those individuals were extensively vetted by U.S. authorities before applying to the program — and are again extensively vetted “by a wide array of federal agencies” before the visas are granted.

Troye, who has spent significant time on the ground in Afghanistan over the years, said Americans became extremely close to the Afghans with whom they served.

“These people became like family to many of us,” she said. “It’s really shameful to see some of these Republicans speaking in this way about people who really risked their lives to help us, who were really our allies on the ground.”