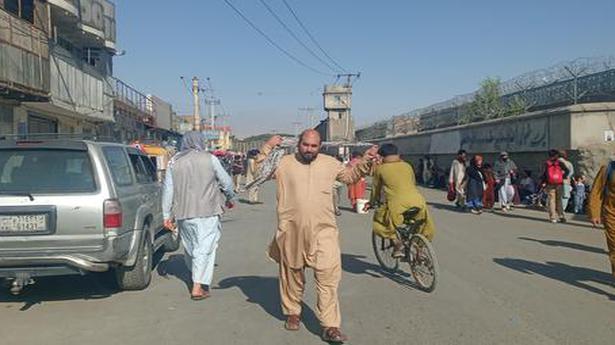 There was no clarity on ‘any entity’ forming a government in Afghanistan, official spokesperson of the Ministry of External Affairs (MEA) Arindam Bagchi said here on Friday.

Addressing a press conference, he observed that India was waiting to see how inclusive would be the next government in Kabul. The situation on the ground was “uncertain”, he noted.

“Currently, there is no clarity on any entity forming a government in Kabul. There has been a lot of stories going around about who will be represented in the government and whether the government will be inclusive, which is another question, and whether other elements of the Afghan polity will be represented in that,” he stated. Explaining that India was aware of the dialogue currently underway on government formation in Kabul, he said that the issue of recognition of the Taliban amounted to “jumping the gun” in view of the “fluid situation”.

“We are monitoring the situation and are in touch with partner countries,” he stressed.

Mr. Bagchi’s statement came a day after India failed to airlift at least 160 Hindu and Sikh Afghans because of the prevailing chaotic conditions in the Afghan capital where the Taliban has declared that it will not allow any further evacuation of Afghan nationals.

Officials here said India had not “paused” evacuation and would carry out airlifts at the right moment. The evacuees were at a safe place in Kabul and not harmed by the blasts that took place at the airport.

India would continue to raise the issue of terrorism in the United Nations. It was “observing” the situation. Its current concern revolved around the safety and security of those in Afghanistan.

Explaining India’s visa policy towards Afghans seeking refuge, Mr. Bagchi pointed out that the “e-emergency” visa was now open for the Afghans who have been supportive of bilateral relationship between India and Afghanistan.

“They are currently coming here under the six-month visa regime and we will take it from here. It’s an evolving situation and making long-term plan is not the best of ideas, considering the last few days,” he added.

Sorgente articolo:
India sees no clarity on ‘any entity’ forming govt in Kabul – The Hindu