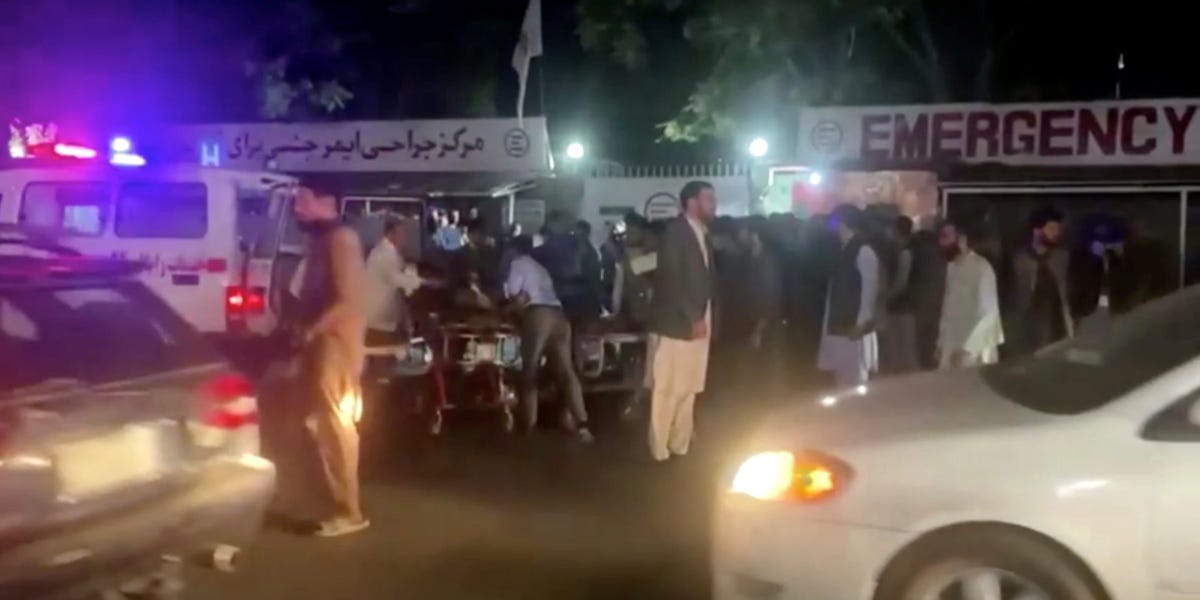 Off-duty Afghan staff returned to work at a Kabul hospital after the two deadly blasts near the city’s airport on Thursday.

As of Friday, the attack has killed at least 95 Afghans and 13 US service members.

The Kabul Surgical Centre, run by the Emergency nonprofit, was “overwhelmed” by the “massive influx” of patients from 6:30 p.m. Thursday, Emergency president Rossella Miccio told the UK broadcaster LBC.

The hospital received at least 60 injured people within the space of two hours, all of which were civilian “women, children, men that were just trying to enter the airport,” she told LBC.

Fourteen patients were dead on arrival, she added.

The hospital staff, including those who were off duty, worked through the night, and operating rooms were functioning until 4 a.m. Friday, Miccio told the BBC’s “Today” program on Friday.

Many were still in intensive care as of Friday morning, she said, adding that “the situation is still quite critical,” the BBC reported.

The hospital had already been 80% full before the explosions, she told Al Jazeera English on Thursday.

The hospital’s medical coordinator said on Thursday, according to Emergency: “Those who arrived could not speak, many were terrified, their eyes totally lost in emptiness, their gaze blank. Rarely have we seen such a situation.”