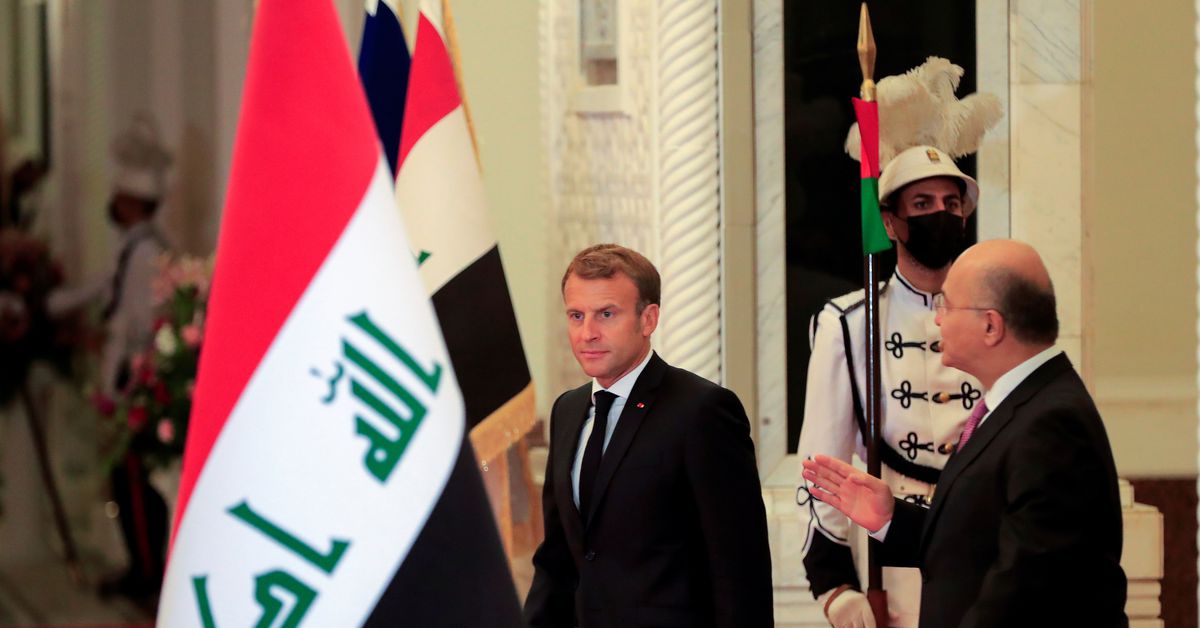 BAGHDAD, Aug 28 (Reuters) – President Emmanuel Macron said on Saturday France was holding preliminary discussions with the Taliban about the humanitarian situation in Afghanistan and the possible evacuation of more people from the country.

Macron, who spoke in Baghdad where he was attending a summit with several Middle Eastern leaders, said France was also discussing with Qatar how it might re-establish a pathway for Afghan evacuations, though nothing was yet certain.

“We have begun having discussions, which are very fragile and preliminary, with the Taliban on the issue of humanitarian operations and the ability to protect and repatriate Afghans who are at risk,” Macron told a news conference.

U.S. military forces, which have guarded the airport in Kabul, are due to withdraw by a Tuesday deadline set by President Joe Biden. L1N2PZ02Y

The French government said on Friday it had finished its evacuation operation from Kabul in line with that timetable, but would continue to help those who needed protection to leave Afghanistan.

Macron also said France would keep troops in Iraq as part of anti-terrorism operations for as long as the Iraqi government needed them to stay, regardless of whether or not the United States decides to withdraw.

“Whatever the Americans decide, we will maintain our presence to fight against terrorism in Iraq,” he said.