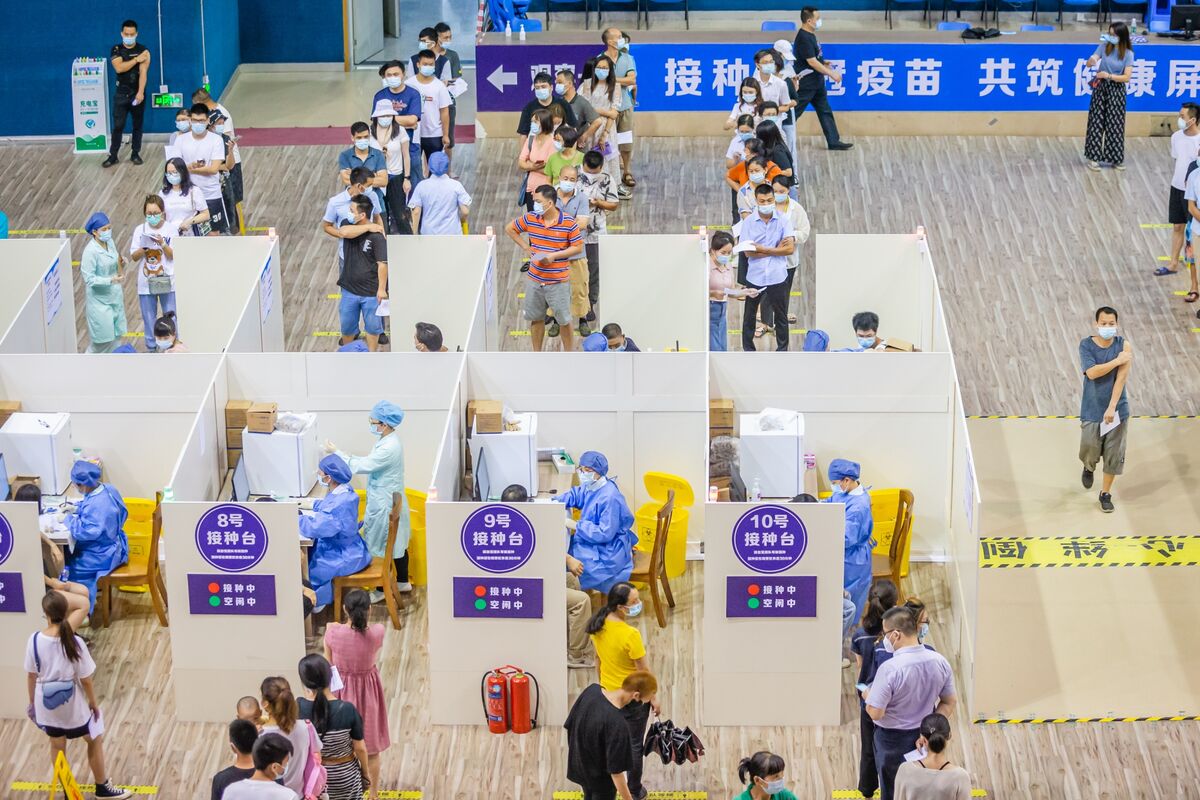 China’s inactivated vaccines maintained their protective power during a recent outbreak of Covid-19 in the southern Chinese province of Guangdong, providing real world evidence about their ability to stave off the highly infectious delta variant.

The immunizations from state-owned Sinopharm and
Sinovac Biotech Ltd. had a combined effectiveness of 70% against pneumonia caused by Covid and completely protected against severe disease caused by the delta variant, according to
a pre-print study from researchers with the Guangdong Provincial Center for Disease Control and Prevention. The paper hasn’t yet been reviewed by outside experts.

The paper tracked more than 10,000 people, including those infected and their close contacts during the outbreak that started in late-May and ended in mid-June. A total of 167 people contracted the virus. About one in eight of those in the study were fully vaccinated, mostly with shots from Sinopharm and Sinovac, and just over half were unvaccinated. The remainder had received at least one shot but came into close contact with someone who was infected before they had time to fully build up their immunity.