JTA — Following an international outcry, Amsterdam said its city-owned museum should return a Wassily Kandinsky painting that it had acquired from a Jewish family that was under duress during the Holocaust.

Possession of “Painting with Houses,” which is believed to be worth at least $22 million, should be transferred from the city-owned Stedelijk Museum to the family of Irma Klein, which has been fighting for about a decade in court to retrieve the painting, the municipality said in a statement Thursday.

The museum and city are in talks with the family about making the restitution happen in the near future, the report said.

Klein and her husband sold “Painting with Houses” in the 1940s for the modern-day equivalent of about $1,600 because they needed money to survive the Holocaust.

The Conference on Jewish Material Claims Against Germany considers the painting stolen.

Dutch authorities recognized this but have said the “public interest” of having the painting on display at the Stedelijk outweighs that of the family trying to retrieve it. 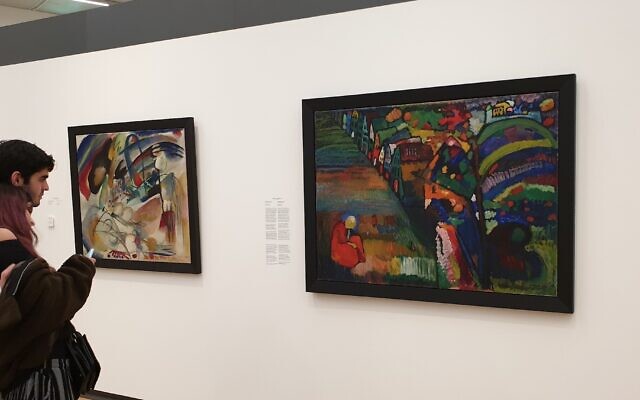