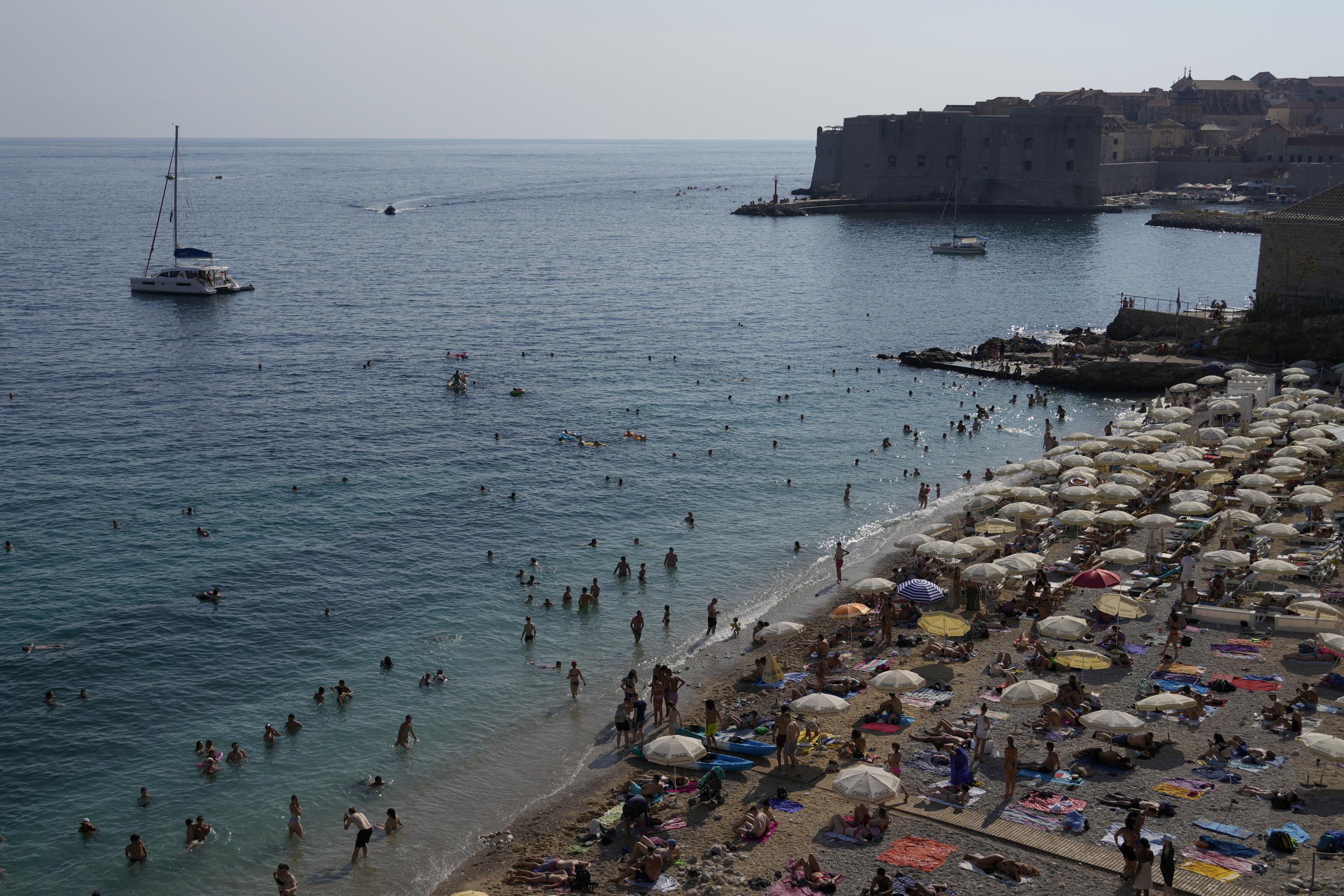 Summer tourism has exceeded even the most optimistic expectations in Croatia this year. Once fearful that the coronavirus pandemic would discourage people from traveling, Croatia’s tourism industry was caught by surprise.

“It’s much better — it’s almost like 2020 never happened,” said Josip Crncevic, a tour guide in Dubrovnik, a southern city known for its Old Town and nightlife that is Croatia’s most popular destination.

The Balkan country experienced four years of war in the 1990s, but before the pandemic had become a top vacation spot for European and American visitors who appreciated its small towns and scores of islands offering natural beauty, local seafood and recreation in comparatively uncrowded settings.

The success of the summer season carries strong implications for Croatia’s economy, which is among the weakest in the European Union. Tourism accounts for up to 20% of gross domestic product, and visitor spending is essential to the incomes of locals who rent lodging or run other tourism-linked businesses.

While people here prepared for this year to be better than last because of the advent of COVID-19 vaccines, the tourism minister described the July and August demand for getaways in Croatia as “remarkable.” As of Aug. 10, overnight stays were at 69% of the record number seen in the 2019 season, tourism minister Nikolina Brnjac said.

The tourism revival is clearly visible in Dubrovnik, known as the “pearl” of the coastline, famous for its fortified, walled medieval city that is a UNESCO protected area and which served as a set for the popular “Game of Thrones” series. The main street in Old Town buzzes with people as tour groups mill along the outer walls.

As a reminder of the continuing risk of COVID-19, a huge sign on one of the stone walls warns people to keep their distance from others, to wash their hands and to wear masks. Wearing a mask is required in enclosed spaces in Croatia, but not outdoors.

“We work a little bit more because we were not prepared regarding human resources,” Dugandzic said.

Health officials organized vaccination drives for people with jobs in tourism and kept some crowd limits in place. About 40% of the adult population in the country of 4.2 million has been vaccinated against the coronavirus.

Daily reported cases have increased in recent weeks, reaching nearly 600 late this week. Croatia has reported about 370,000 cases and more than 8,000 virus-related deaths since the start of the pandemic.

Some visitors decided the best way to stay safe while on vacation was by renting a sailboat to tour Croatia’s islands and isolated bays. Most of the sailboats in the crammed marina in the central Adriatic town of Biograd were already booked.

“Everybody is looking to have a boat!” exclaimed Marin Katicin, the CEO of charter company Pitter Yachting. “We have no boats anymore!”

Kate Redder, a visitor from Germany, chartered a boat with her friends. Sailing around Croatia provides a feeling of independence, a better view of the country’s stunning scenery and a way to self-isolate on the water, she explained.

“I think it is just safer than going to a hotel where you meet different people all the time,” Redder said. “So you are safe. We are only here as a family and with our skipper.”