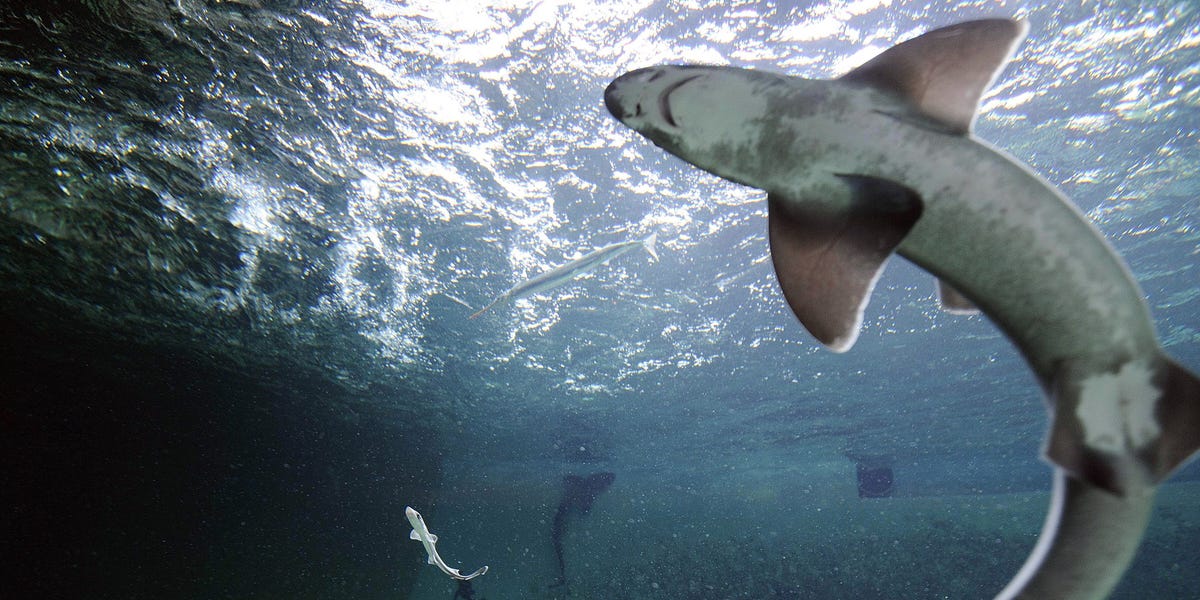 Scientists say a rare shark “virgin birth” may be the first of its kind after a baby shark was born in an all-female tank in an Italian aquarium.

The baby smoothhound shark, named Ispera, which means hope in Sardianian, was born at the Acquario di Cala Gonone in Sardinia, Italy, according to Italian outlet AGI.

Its mother had spent ten years living in a tank with one other female, the outlet said, and scientists suspect the newborn could be the first documented case of shark parthenogenesis in that species.

Parthenogenesis is a rare phenomenon where an egg develops into an embryo without being fertilized by a sperm.

The process has been observed in more than 80 vertebrate species, according to Live Science, including sharks, fish, and reptiles.

“About 15 species of sharks and rays are known to do this,” Demian Chapman, director of the sharks and rays conservation program at Mote Marine Laboratory & Aquarium in Florida, told Live Science.

He added that while sharks probably had the ability to do it, it was difficult to document in the wild.

Chapman told Live Science that in the wild, parthenogenesis might be the last resort for females that cannot find a mate in situations of low population density.

The response can also be triggered in captive sharks who are separated from males for long periods of time, he said.

There are two different types of parthenogenesis, according to National Geographic.

One is apomixis, a type of cloning most common in plants.

The other, documented in sharks, is automixis, which involves the slight shuffling of the mother’s genes to create offspring similar to the mother but not exact clones.

Researcher Christine Dudgeon from the University of Queensland in Australia told Live Science how parthenogenesis worked.

“Rather than combining with a sperm cell to make an embryo, [the egg cell] combines with a polar body, which is essentially another cell that is produced at the same time that the egg cell is produced and has the complementary DNA,” Dudgeon told Live Science.

“Parthenogenesis is essentially a form of inbreeding, as the genetic diversity of the offspring is greatly reduced,” Dudgeon added.

As a result, parthenogenesis offspring could have a reduced chance of survival, she said.

Marine biologists at the Italian aquarium have sent DNA samples to a laboratory to confirm that Ispera was born through parthenogenesis, the New York Post reported.