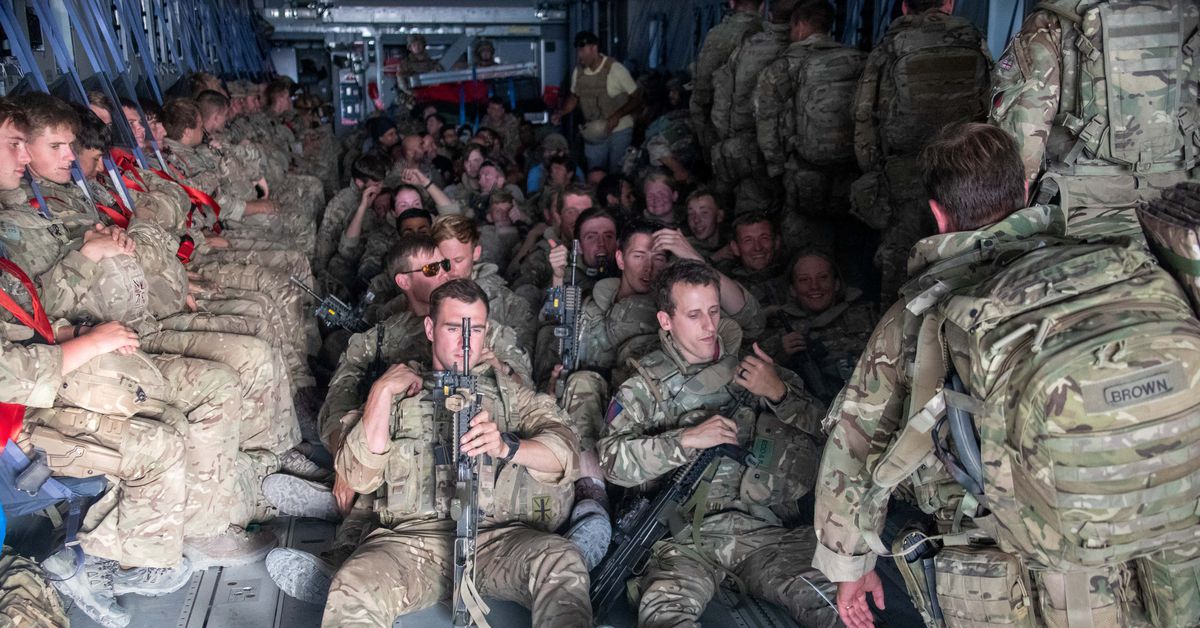 Britain on Friday had said its evacuation mission would end within hours and that its military would be unable to fly out any Afghan citizens eligible for resettlement who had not already entered Kabul airport.

“We should be proud of our armed forces, welcoming to those coming for a better life and sad for those left behind,” Defence Minister Ben Wallace said after the final British flight.

Britain was at Washington’s side from the start of the U.S.-led invasion of Afghanistan that overthrew the then-ruling Taliban in punishment for harbouring the al Qaeda militants behind the Sept. 11, 2001, attacks. More than 450 British armed forces personnel died during two decades of deployment in the country.

President Joe Biden has set an Aug. 31 deadline for the U.S. military to leave Afghanistan, while allied forces including Britain have chosen to leave before then. Britain has also suspended embassy operations in Afghanistan.

Wallace estimated on Friday that between 800 and 1,100 Afghans who had worked with Britain and were eligible for resettlement would not make it out by air, and pledged to help them if they could leave by land.

General Nick Carter, the head of Britain’s armed forces, told the BBC on Saturday that the total would be in the “high hundreds.”

“People like me … we are forever receiving messages and texts from our Afghan friends that are very distressing. We’re living this in the most painful way,” Carter said.

“I want to thank everyone involved and the thousands of those who served over the last two decades. You can be proud of what you have achieved,” he said.

Carter said Britain and its allies might cooperate with the Taliban in the future to tackle threats from the Islamic State militant group. The group, enemies of both Western countries and the Taliban, claimed responsibility for a suicide bombing attack just outside Kabul airport on Thursday that killed scores of people, including 13 U.S. service members.

“If the Taliban are able to demonstrate that they can behave in the way that a normal government would behave in relation to a terrorist threat, we may well discover that we (can) operate together,” Carter told Sky News.

“But we’ve got to wait and see. Certainly some of the stories we get about the way that they are treating their enemies would mean it would be quite difficult for us to work with them at the moment,” he added.

Johnson discussed the Afghanistan situation with German Chancellor Angela Merkel on Saturday, when the two leaders agreed that the Group of Seven rich nations should take a common approach to dealing with any future Taliban government.

“The Prime Minister stressed that any recognition and engagement with the Taliban must be conditional on them allowing safe passage for those who want to leave the country and respecting human rights,” Johnson’s office said.