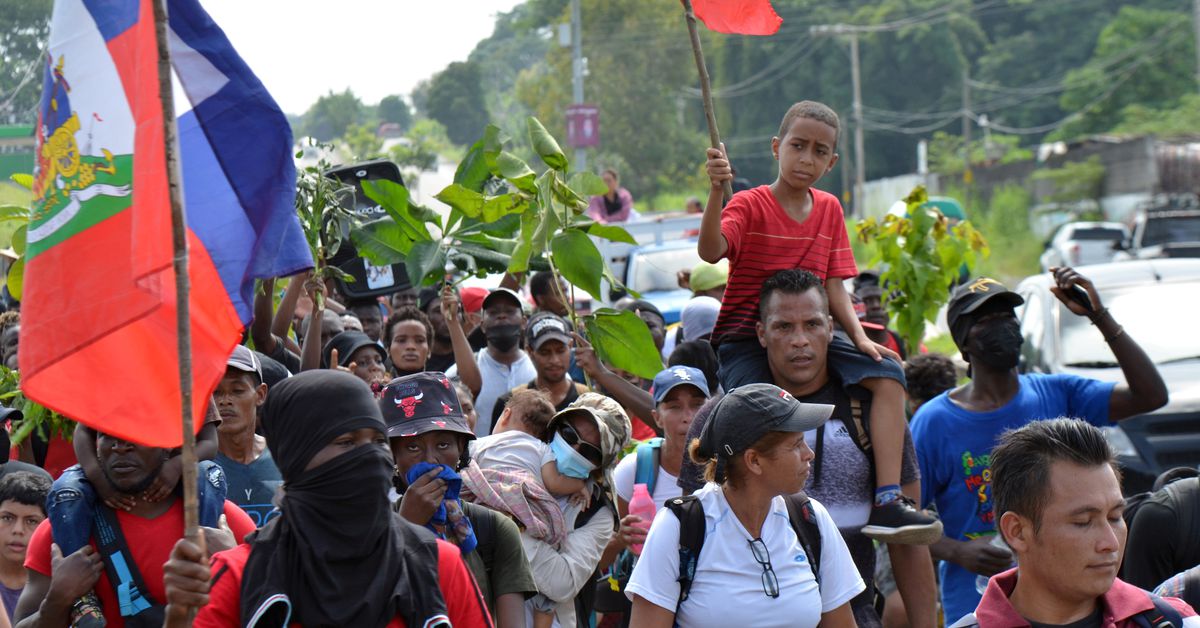 TAPACHULA, Mexico, Aug 28 (Reuters) – Mexico has deployed hundreds of security forces to head off a caravan of migrants and asylum seekers who departed the southern Mexican city of Tapachula en masse on Saturday in efforts to reach the Mexican capital, where they hoped to seek expedited asylum proceedings.

Videos posted to social media showed confrontations between members of Mexico’s heavily militarized National Guard and the migrants, many of whom were accompanied by young children or carrying babies in their arms.

The majority of the approximately 500 people in the caravan hailed from Haiti, Cuba, Central America and Colombia. As of Saturday evening, they had advanced about 20 miles north of Tapachula in the lashing rain.

For days, migrants in Tapachula have been staging protests to demand their cases be expedited so they could leave the southern state and relocate to other parts of Mexico or head to the U.S. border without risking deportation, according to local news reports.

“We can’t survive in Tapachula,” said Colombian migrant Carlos Correa, 31, who said he joined the caravan on Saturday after waiting for three months without receiving a response to his asylum application.

“We are asking the government of Mexico to please create a humanitarian corridor for us so we can travel to the (U.S.)border,” he said.

Under Mexican law, migrants must remain in the state where they sought asylum until their cases are resolved, a process that can take months or years.

Mexico is facing mounting pressure from Washington to take steps to curtail U.S.-bound immigration. In recent weeks, the Mexican government has sent thousands of migrants to southern Mexico by plane, where they are transported by bus to the Guatemalan border. read more