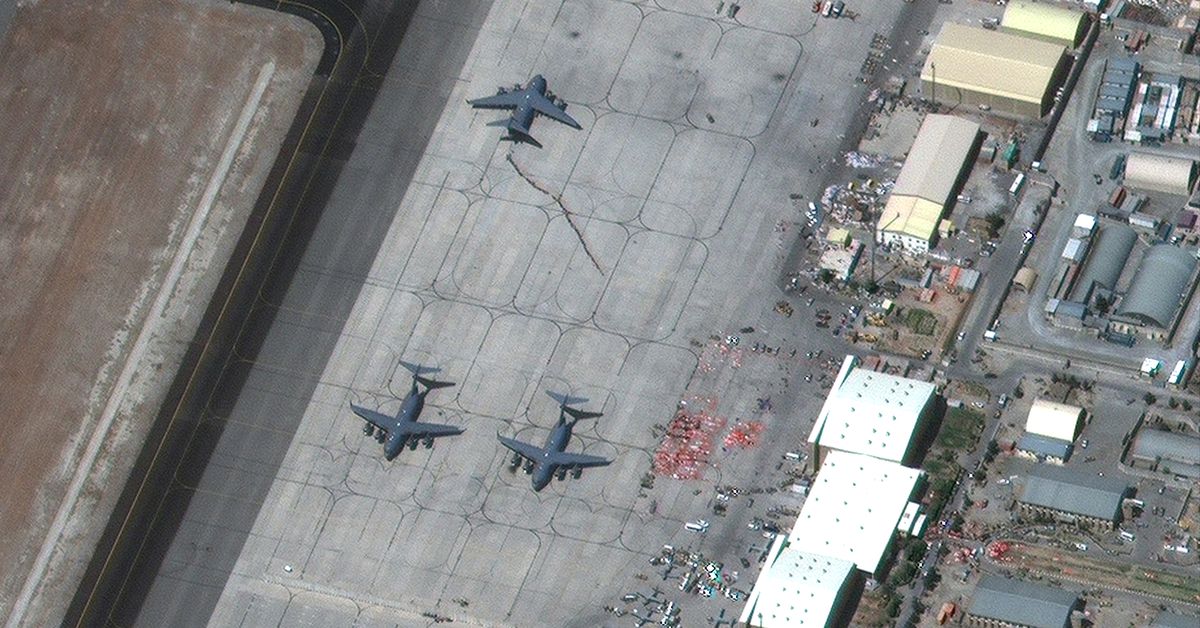 GENEVA/ANKARA, Aug 27 (Reuters) – NATO allies are struggling to ensure that Afghanistan’s main gateway, Kabul airport, remains open for urgently needed humanitarian aid flights next week when they end their evacuation airlifts and turn it over to the Taliban.

The airport, a lifeline for tens of thousands of evacuees fleeing Taliban fighters in the past two weeks and for aid arriving to relieve the impact of drought and conflict, was hit by a deadly suicide bombing outside its gates on Thursday.

Turkey said it was still talking to the Taliban about providing technical help to operate the airport after the Aug. 31 deadline for troops to leave Afghanistan but said the bombing underlined the need for a Turkish force to protect any experts deployed there.

Turkey has not said whether the Taliban would accept such a condition, and President Tayyip Erdogan said on Friday his country was “not in a rush to start flights” again to Kabul.

But aid groups said there is an urgent need to maintain humanitarian deliveries to a country suffering its second drought in four years and where 18 million people, nearly half the population, depend on life-saving assistance.

U.S. State Department spokesman Ned Price said on Friday that U.S. and allied air traffic experts had assessed Kabul airport “for capabilities that would support the resumption of commercial operations once we depart” and that the United States was working with all parties “to facilitate a smooth transfer.”

However, he noted: “With the U.S. military set to depart by Aug. 31, I think that it is probably unreasonable to expect that there will be normal airport operations on Sept. 1.”

Price said the Taliban also wanted a functioning airport and stressed that the operation of the airport after Aug. 31 was “not up to us”. The Pentagon said several nations are willing to work with the Taliban to keep the airport operating.

The World Food Programme, which runs the U.N. Humanitarian Air Service, is planning to start flights over the weekend to create a humanitarian air bridge into Afghanistan, U.N. spokesman Stephane Dujarric told reporters in New York.

“That will involve flights from Pakistan into various airports, outside of Kabul, into Kandahar and Mazar-i-Sharif,” Dujarric said. “WFP is appealing for about $18 million for the passenger service and $12 million for the cargo air bridge.”

Dujarric said it is unclear what would happen at Kabul airport after Aug. 31. He described the airport as critical to the work of the United Nations, which has stressed that it plans to stay in Afghanistan to help those in need.

“It will be incumbent on … the Taliban to ensure that there is a system in place, security in place, for Kabul to have a functioning airport,” Dujarric said.

The World Food Programme said this week that millions of people in Afghanistan were “marching towards starvation” as the COVID-19 pandemic and this month’s upheaval, on top of the existing hardships, drive the country to catastrophe.

The World Health Organization said on Friday that medical supplies in Afghanistan would run out in days, with little chance of re-stocking them.

“Right now because of security concerns and several other operational considerations, Kabul airport is not going to be an option for the next week at least,” WHO regional emergency director Rick Brennan said.

As aid groups struggle to keep supply routes into the country open after the Aug. 31 departure of foreign troops, Afghans trying to leave the country are finding the few remaining exits slamming shut.

Several European Union countries have said they have ended evacuation operations from Kabul, and the United States has said that by Monday it will prioritise the removal of its last troops and military equipment.

Afghans with valid documents will be able to travel in the future at any time, a senior Taliban official said on Friday.