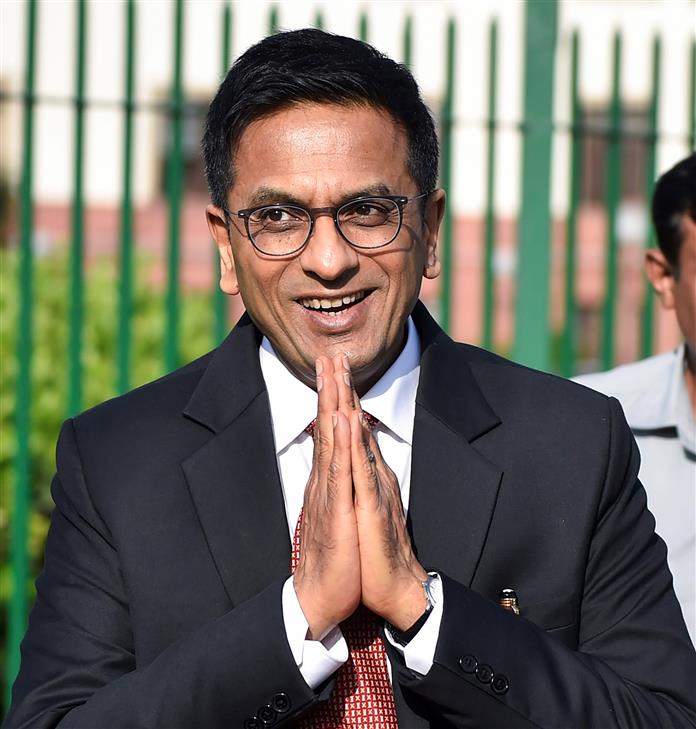 Cautioning against over-reliance on the government to provide social, political, economic, cultural and, in the context the pandemic, medical truths, Supreme Court Judge DY Chandrachud on Saturday said public intellectuals should “expose the lies of the state”.

“One can’t rely only on the State for truth. Totalitarian governments are known for their constant reliance on falsehoods to consolidate power… we see there is an increasing trend among countries around the world to manipulate Covid-19 data,” Justice Chandrachud said delivering the ‘6th Chief Justice MC Chagla Memorial Lecture’ online.

“We should put these truth providers through intense scrutiny and questioning to convince ourselves of the veracity of the claims made by them. It’s equally important for those making truth claims to be transparent,” he said while talking on “Speaking Truth to Power: Citizens and the Law”.

“It is important to consider why truth is so important to democracy, a form of governance adopted to avoid tyranny of the law and of the few. Truth is important in modern democracies which have been described as spaces of reason since any decision must be backed by adequate reason and because a reason based on falsehood, would be no reason at all,” Justice Chandrachud said.

He asked people to be vigilant and open to reading about, debating and even accepting different opinions. “One can consider speaking truth to power as a right of every citizen which they must have in a democracy but equally a duty of every citizen,” he added.

Justice Chandrachud – who had termed the Centre’s vaccination policy prima facie arbitrary forcing it to change it – said in a democratic country it’s important to hold governments in check and guard against falsehoods, false narratives and fake news.

“There is no denying that the phenomenon of fake news is on the rise. We must strive to ensure that we have a press free from influence of any kind—political or economic which will provide us information in an unbiased manner,” he noted.

“The phenomenon of fake news is on the rise. The WHO recognised this during the Covid pandemic… calling it ‘infodemic’. Human beings have a tendency to get attracted to sensational news… which are often based on falsehoods,” Justice Chandrachud said.

“We live in a post-truth world. Social media platforms are responsible… but citizens are also responsible. We incline towards echo chambers and don’t like opposing beliefs… we live in a world that is increasingly divided along social, economic and religious lines,” Justice Chandrachud said.

“We should not be quick to judge others for their opinions. We need to remove barriers based on gender, caste, religion, language or economic status,” he said.

Sorgente articolo:
One cannot rely only on the State for truth: Justice DY Chandrachud – The Tribune