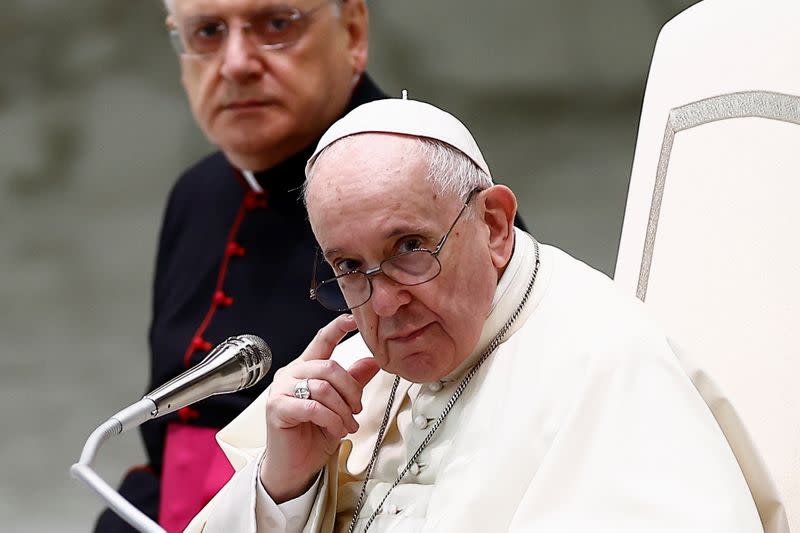 VATICAN CITY (Reuters) – Pope Francis on Sunday called on the world’s Christians to pray and carry out fasting to ask God to bring about peace and coexistence in Afghanistan.

Speaking to pilgrims and tourists in St. Peter’s Square for his weekly blessing, Francis said he was following events in Afghanistan with “great worry” and was participating in the suffering of those mourning the dead in last Thursday’s suicide bombing at Kabul airport.

He also said he was close to “those who are seeking help and protection”, an apparent reference to those trying to leave the country.

“I ask all to continue to help those in need and to pray so that dialogue and solidarity can bring about a peaceful and fraternal coexistence that offers hope for the future of the country,” he said.

Thursday’s suicide attacks killed scores of Afghans and 13 American troops outside the gates of the airport, where thousands had gathered to try to get a flight out since the Taliban returned to power.

There are very few Christians in Afghanistan, nearly all of them foreigners in embassies or aid workers.