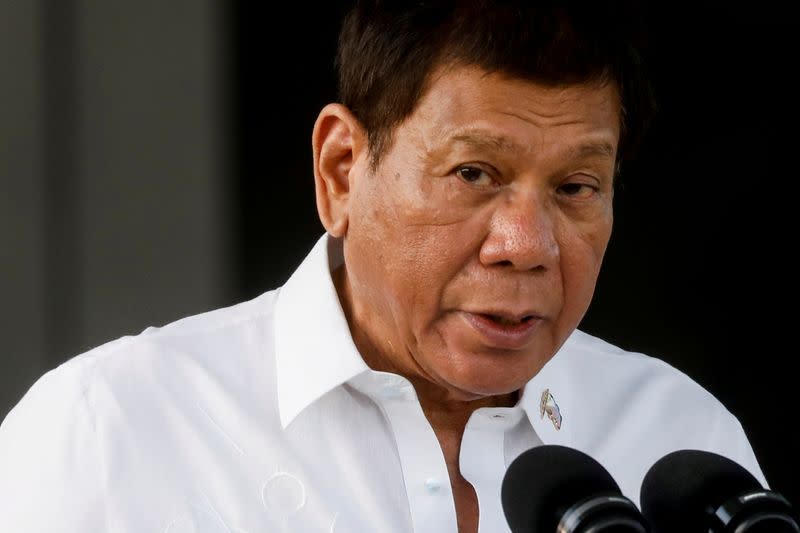 MANILA (Reuters) – A row between rival factions in the Philippines’s ruling party escalated on Sunday when a group led by boxing star Emmanuel Pacquiao tried to remove President Rodrigo Duterte from his role as party chairman by electing their own.

Refusing to recognise the decision, Duterte’s supporters said he was still chairman and branded the other faction as “pretenders and attention seekers”.

Pacquiao, Duterte and their respective supporters have been trying to wrest control of the PDP-Laban party ahead of elections in May by unilaterally electing their own members to leading party roles.

The faction supported by Duterte recently booted out Pacquiao as party president, but Pacquiao has refused to step down.

The two men fell out in June after Pacquiao criticised Duterte’s stance on the South China Sea territorial dispute with China, while the latter lashed back by lambasting the boxer’s “shallow” foreign policy knowledge https://www.reuters.com/world/asia-pacific/philippines-duterte-lands-insulting-blow-boxer-pacquiao-2021-07-01.

Pacquiao and his allies in the party elected Senator Aquilino “Koko” Pimentel III as chairman, according to one of his backers, the party’s executive director Ron Munsayac.

“President Rodrigo Roa Duterte is the PDP Laban party Chairman. He remains to be so and will continue to be so,” the group led by Duterte said in a statement.

The head of the Philippines’ election commission was cited last week as saying it would have to decide based on documents and the party’s constitution which faction is the legitimate representative of PDP-Laban.

Last week Duterte, who has been in power since 2016, said he would run for the vice presidency https://www.reuters.com/world/asia-pacific/philippines-place-manila-area-lockdown-curb-delta-spread-2021-07-30 in May 2022 elections under the PDP-Laban banner. Under the constitution, a president can serve only one six-year term.

The party is due to hold a national convention on Sept. 8 where it is expected to endorse Duterte’s aide and incumbent senator Christopher “Bong” Go to be its presidential candidate.

Pacquiao, who was on his way home following his loss in the Aug. 21 boxing match with Cuban Yordenis Ugas in Las Vegas, has said he would announce next month if he will run for president https://www.reuters.com/lifestyle/sports/pacquiao-beaten-by-ugas-welterweight-title-fight-considers-his-future-2021-08-22 in 2022.