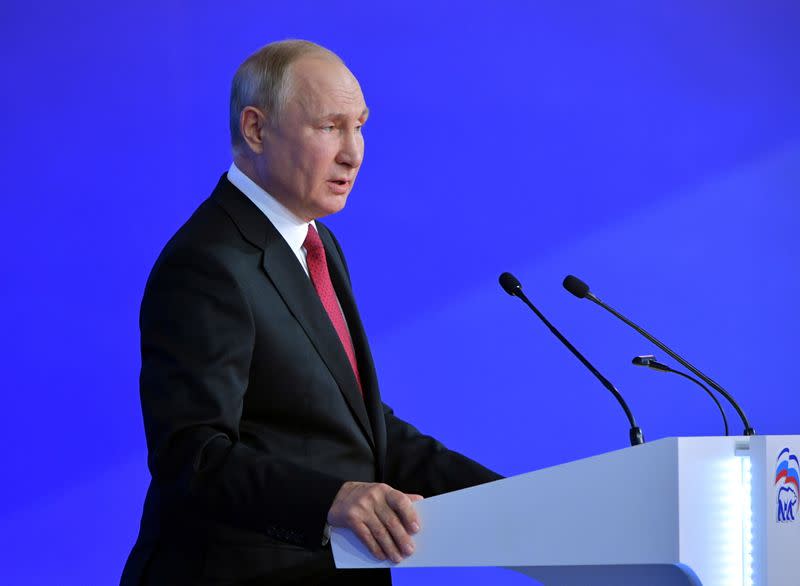 In the run-up to September’s parliamentary election, the authorities have declared several outlets as “foreign agents”, a legal designation used by the government to label what it says are foreign-funded organisations engaged in political activity.

The appeals were addressed to senior Russian officials and published by outlets including the Novaya Gazeta newspaper, Forbes Russia and TV Rain was named a “foreign agent” last week, a status it denies.

News outlet Meduza, which was designated a foreign agent earlier this year, wrote: “These statuses either lead to media being shut down or create discriminatory conditions for them to work.”

“We’re sure these events are part of an orchestrated campaign to destroy independent Russian media whose only ‘fault’ is to honestly carry out their professional duties to their readers,” it said on its website.

The term ‘foreign agent’ carries negative Soviet-era connotations and compels outlets to declare their status in disclaimers on their output, something they complain is akin to defacing their product and severely dents advertising revenue.

Russia has heavily fined U.S. broadcaster Radio Free Europe/Radio Liberty this year and froze its Moscow bank accounts for refusing to publish the disclaimer after being declared a foreign agent.

The Kremlin described the appeals as emotional and said it rejected the idea that media were being persecuted.

It said the designations showed that the foreign agent law was functioning and that the legislation was needed to protect Russia from foreign meddling and that journalists and NGOs can be manipulated.