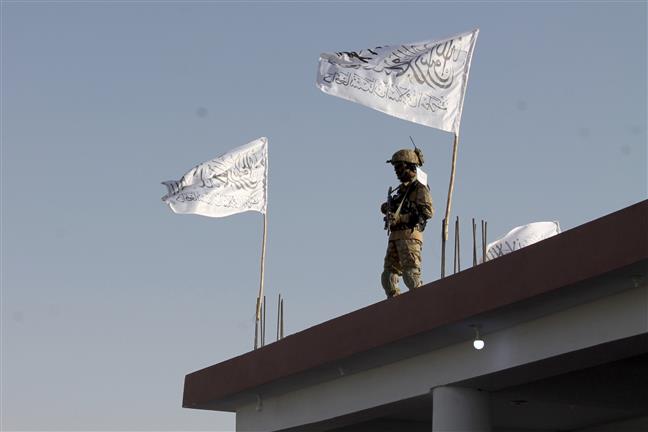 The Taliban made overtures to India on a restive Sunday in Kabul which remained the scene of hectic talks. The already-tense environment in the city was punctuated by an explosion that the Taliban said was a US attack on a suicide bomber heading for the airport.

A short while before the air strike, the US State Department urged Americans near the Kabul airport to immediately leave the area due to a specific threat. In an apparent US-Taliban coordination, the air strike took out a potential bomber in a car but locals said a child was also hit.

India was mentioned at a media interaction by Taliban senior leader Sher Muhammad Stanekzai who is believed to have met Indian interlocutors earlier in Doha as part of back channel talks.

The Taliban, he said, wished to have good political and economic ties with India, including the air corridor that was operational under the previous regime.

In another placatory signal at New Delhi, Taliban officials visited the Salma Dam which was built by India. The MEA did not react to this or the earlier observation by Taliban spokesman that Pakistan and India should resolve their issues bilaterally.

India is poised to play a major role at the UNSC as it heads its Taliban sanctions committee whose nod is crucial to delist some of the group’s top members. In fact, some of the Taliban’s negotiations team could not travel to Doha due to the consequent ban on international travel. Also, the IMF, World Bank and the US Treasury are unlikely to transfer funds to men listed as terrorists by the committee headed by senior Indian diplomat T S Tirumurti.

India will also preside over the UNSC’s deliberations on Monday when it considers a joint Anglo-French proposal for a safe zone in Kabul to aid evacuation and provide humanitarian air.

As the August 31 withdrawal date for foreign forces neared, most wrapped up their evacuation operations while the Taliban held talks with Qatar and Turkey to run the airport’s security and operations.

Taliban’s elusive leader Mullah Hibatullah Akhund was reported in Kandahar for talks with Taliban leaders on government formation. The Taliban also declared some Cabinet level appointments but is yet to announce the head of government. The Taliban has said the next regime will be inaugurated in its spiritual heartland of Kandahar.