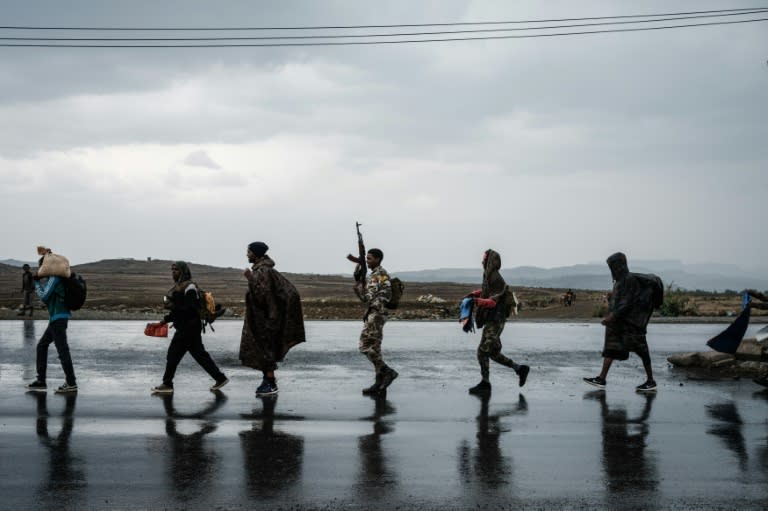 Rebel forces from Ethiopia’s war-torn region of Tigray on Sunday accused the African Union (AU) of bias, days after the bloc appointed former Nigerian President Olusegun Obasanjo as a mediator in the months-long conflict.

The spokesman for the Tigray People’s Liberation Front (TPLF), Getachew Reda, accused the AU of “partiality” towards the Ethiopian government and said it would be “naive to expect this mission to work”.

Northern Ethiopia has been wracked by violence since November, when Prime Minister Abiy Ahmed sent troops into Tigray to topple the TPLF, the regional ruling party, saying the move came in response to attacks on army camps.

The 2019 Nobel Peace Prize winner promised a swift victory, but the war has instead dragged on for months, triggering a humanitarian crisis in Tigray, while the rebels have pushed into the neighbouring Afar and Amhara regions.

Abiy rejected early appeals from high-level envoys from the AU for talks with Tigrayan leaders, sticking to his line that the conflict is a limited “law and order” operation.

On Thursday, the bloc announced Obasanjo’s appointment as a high representative for the Horn of Africa, saying it was part of a “drive to promote peace, security, stability & political dialogue”.

But on Sunday, TPLF spokesman Getachew dismissed the initiative, saying: “We are hard pressed to know… how people would reasonably expect a constructive role from an institution that has given partiality a very bad name”.

“Solving a crisis at the very least requires acknowledging the existence, let alone the magnitude of the problem,” he wrote on Twitter.

The war has proved to be a sensitive subject for the AU, which is headquartered in the Ethiopian capital Addis Ababa.

Although Washington has been openly critical of Abiy’s handling of the war, African members of the UN Security Council have backed Ethiopia in opposing formal discussion of the situation in Tigray at the world body.

According to the members, whose stance is backed by Russia and China, the conflict is Ethiopia’s internal affair and any international efforts should go through African leaders or via the AU.

As the conflict has deepened, the humanitarian toll has spiked, with aid workers struggling to reach cut-off populations and 400,000 people facing famine-like conditions in Tigray, according to the UN.

Obasanjo previously headed the AU’s election observer mission during Ethiopia’s polls last June, where Abiy won a landslide victory. But a fifth of the country’s constituencies, including in Tigray, were unable to vote due to ethnic violence and logistical problems.

There was no immediate response from the AU to the TPLF’s allegations, and calls to the bloc’s representatives were not answered.