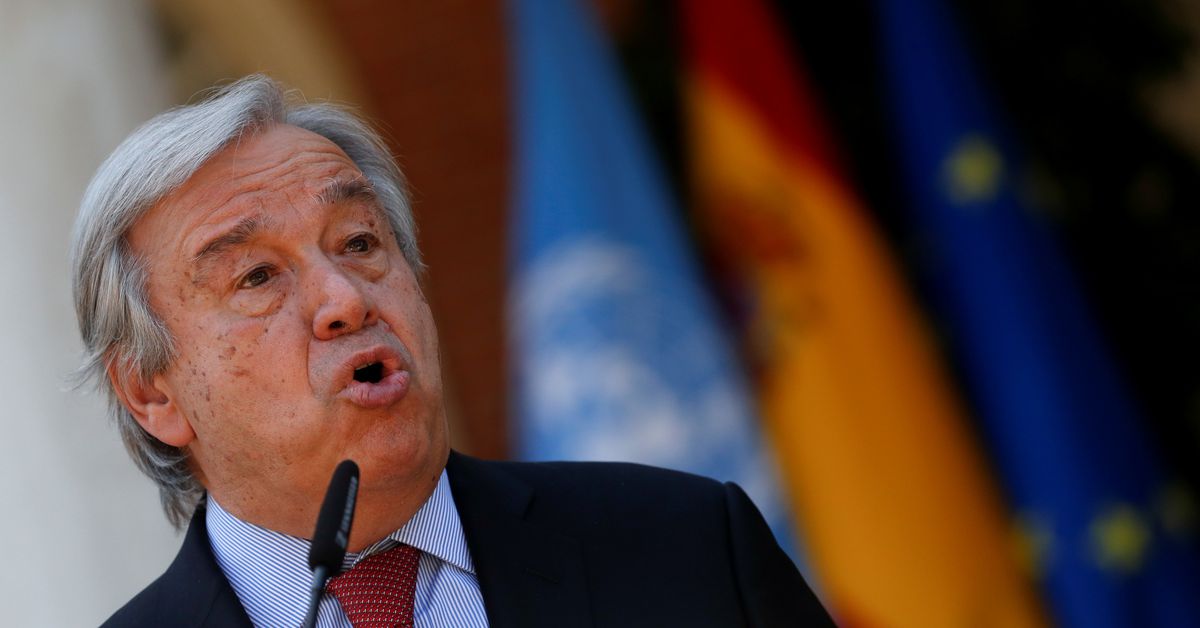 UNITED NATIONS, Aug 26 (Reuters) – U.N. Secretary-General Antonio Guterres warned the Security Council on Thursday that a conflict in Ethiopia has spread beyond the northern Tigray region and “a humanitarian catastrophe is unfolding before our eyes.”

Ethiopia has been embroiled in a conflict that flared nine months ago in Tigray and which has spread to other areas. The government has also struggled to contain other outbreaks of ethnic and political violence over land and resources.

“Inflammatory rhetoric and ethnic profiling are tearing apart the social fabric of the country,” Guterres told the 15-member Security Council. “All parties must immediately end hostilities without preconditions and seize that opportunity to negotiate a lasting ceasefire.”

The United States called out the Ethiopian government for not responding positively to proposals for negotiations and instead publicly calling for the mobilization of militia; the Tigray People’s Liberation Front (TPLF) for expanding its own military campaign into the Afar and Amhara regions; and neighboring Eritrean Defense Forces for re-entering Tigray.

“This is all gravely concerning to all of us. These developments are eroding the unity, the sovereignty, and the territorial integrity of the Ethiopian state,” said Richard Mills, deputy U.S. Ambassador to the United Nations.

Guterres said more than two million people have been displaced in the conflict and millions more need aid, including food, water, shelter and health care, adding: “At least 400,000 people are living in famine-like conditions.”