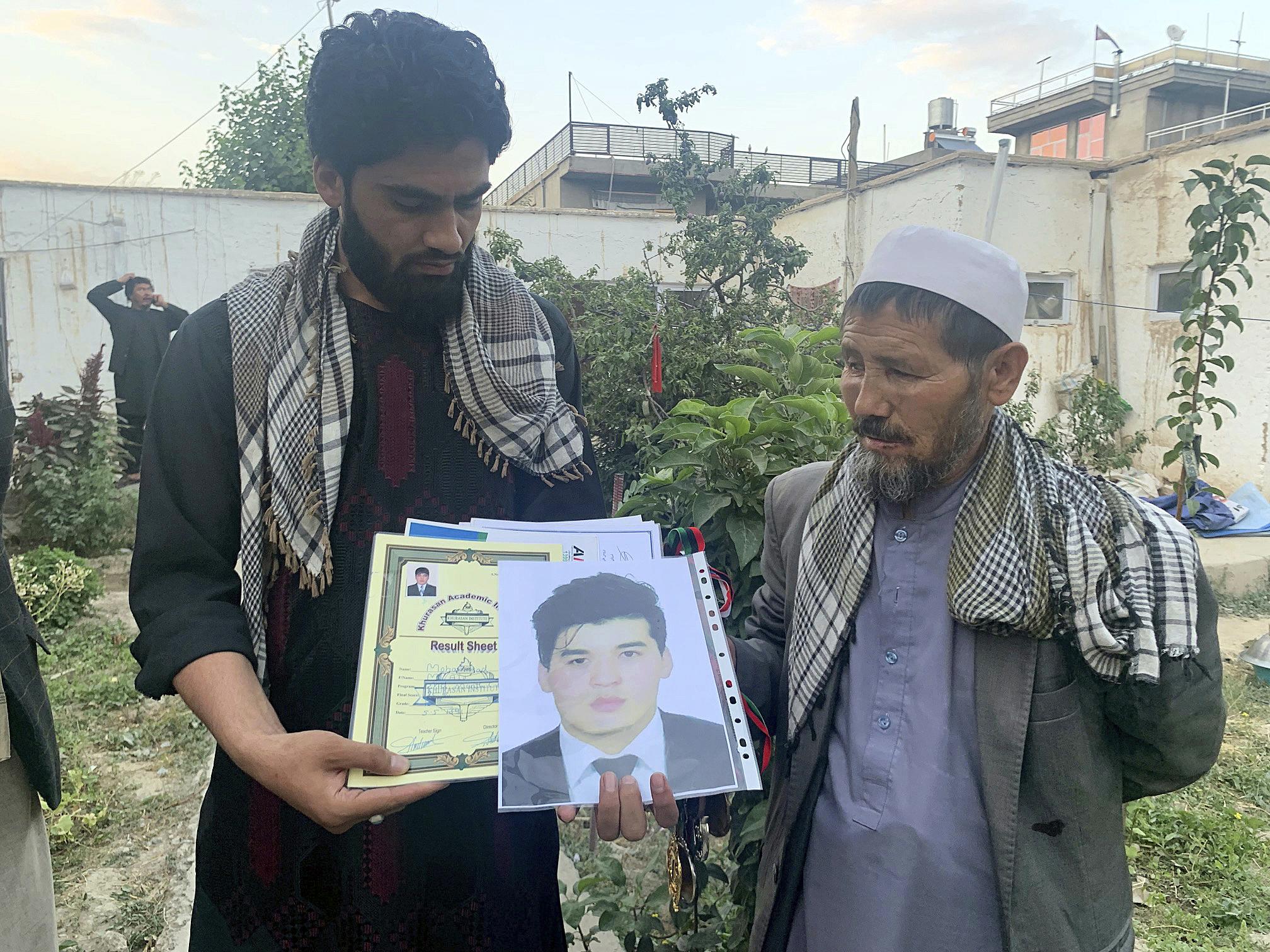 KABUL, Afghanistan (AP) — Mohammed Jan Sultani had clutched his national Taekwondo championship certificates as he waded through the multitudes pushing to get into Kabul airport late last week.

The 25-year-old athlete wasn’t on any evacuation lists. Yet he had hoped his achievements would make him and his young family special enough to be let into the gate and onto one of the flights rescuing foreigners and Afghans fleeing the Taliban.

As he forged ahead, an Islamic State suicide bomber detonated two dozen pounds of explosives in the crowd just before nightfall Thursday, killing 169 Afghans, including Sultani, and 13 U.S. service members.

His wife and two children, 4-year-old Zahid and 2-year-old Zahra, survived; he had told them to stay back a bit as he advanced toward the gate.

The athlete’s father, Ali, said his son had expected a bleak future under the Taliban.

“He didn’t know where he would go,” the bereaved man, who goes by the last name Rahmani, said Sunday. “The United States, Europe, it didn’t matter,” Rahmani said, holding some of his son’s medals, his voice laced with sadness.

“Everyone in the country seemed to be escaping,” he said.

Najma Sadeqi was also among those trying to get out that afternoon. The 20-year-old, who was in her last semester in journalism school, feared the Taliban’s return to power would bring a harsh version of Islamic rule in which women would largely be confined to their homes.

Getting through those airport gates held the promise of career somewhere else, far away from all the threats and judgement.

Thursday’s blast killed Najma, as well as her brother and a cousin who had escorted her to the airport to ensure her safety.

Najma had gotten her start in journalism with a YouTube channel a few years back and eventually went to work for a couple of private broadcasters, said her older sister, Freshta.

In the two decades since the U.S.-led invasion drove the Taliban from power, women have made gains in education, politics and business — but it hasn’t been easy. Afghanistan remains a deeply conservative country, especially outside urban areas. Many of Najma’s own relatives objected to her nascent career, with some even cutting off contact.

Freshta said her sister received threatening phone calls and text messages from unknown men who objected to her appearing in public.

“I was the only one she told about her security concerns,” Freshta said. “She didn’t want to share it with the family because they might prevent her from working with media.”

But as the Taliban rapidly advanced, capturing most of the country in a matter of days and rolling into the capital earlier this month, Najma decided to join the exodus, fearing that the takeover would spell the end of a career that was only just beginning. She compiled the threatening text messages and brought them to the airport, hoping they would help her convince the Americans to put her on a plane.

Najma planned to restart her YouTube channel from her new home — wherever that might be — and document the lives of Afghan migrants, Freshta said. “She dreamed of building a career in media despite the challenges she faced.”

Najma and tens of thousands of others outside the airport gate have not been swayed by Taliban promises to allow women in public life and girls to attend schools.

Ali Reza Ahmadi, a 34-year-old who had worked as a journalist for nearly a decade, was so desperate to get out that he went to the airport just months after getting engaged. He and his younger brother, who had hoped to travel with him, were both killed, according to Khadim Karimi, a close friend and colleague.

He said Ahmadi was already struggling with depression and financial problems before the Taliban swept in. “He was so distraught, so he decided to go to the airport and stay there until he could get an airlift from whatever country would take him,” Karimi said.