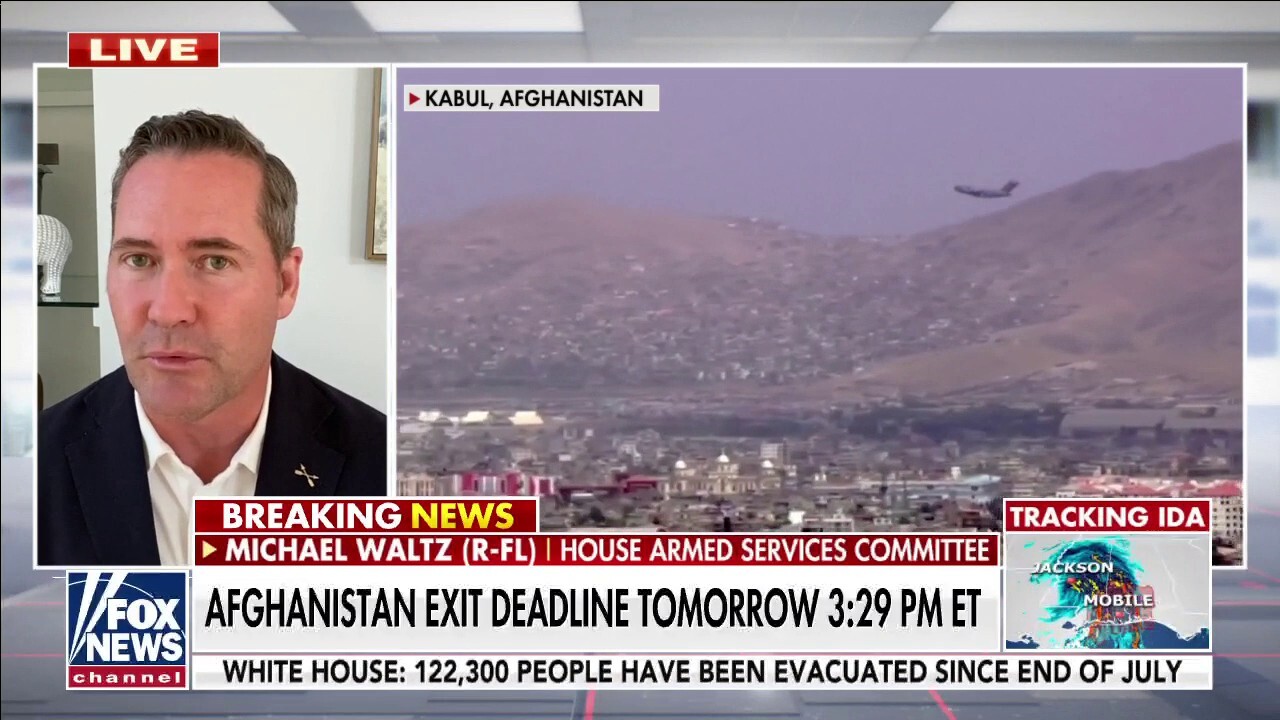 Taliban has leverage in Afghanistan over Biden admin: Rep. Waltz

House Armed Services Committee member Rep. Michael Waltz argues every time the Taliban doesn’t get access to billions in foreign reserves, economic assistance or international recognition, ‘these thugs’ can walk down the street and ‘take another hostage.’

REP. MICHAEL WALTZ: “You know, so many people I know, congressional offices, veterans groups, nonprofits that have had to step into the void here of this series of disastrous policy decisions or, you know, I think we’re all somewhere on the spectrum between rage and grief at any one given moment. But just this morning, literally just a few hours ago, we were in touch with American citizens and their children that were denied access to Kabul International. And we’re trying to get them through other routes.

TALIBAN RULE WILL BE ‘A LONG SLOW DEATH’ FOR WOMEN, LARA LOGAN SAYS

But as Griff Jenkins pointed out, it’s a very difficult neighborhood. Pakistan is heavily aligned with the Taliban, particularly in the tribal areas. We all know the difficulties with Iran and the Central Asian states, which Pakistan, Tajikistan and others are heavily influenced by Russia and have not been very cooperative heretofore. So we’re in a terrible situation. And this notion that we have leverage over the Taliban, let me tell you, having sat across the table from these thugs, they’re going to turn it on this team very quickly. Every time they don’t get access to the billions in foreign reserves or economic assistance or international recognition, they can walk right down the street and take another hostage. They’re the ones with leverage. And this administration has handed it to them on a silver platter.”