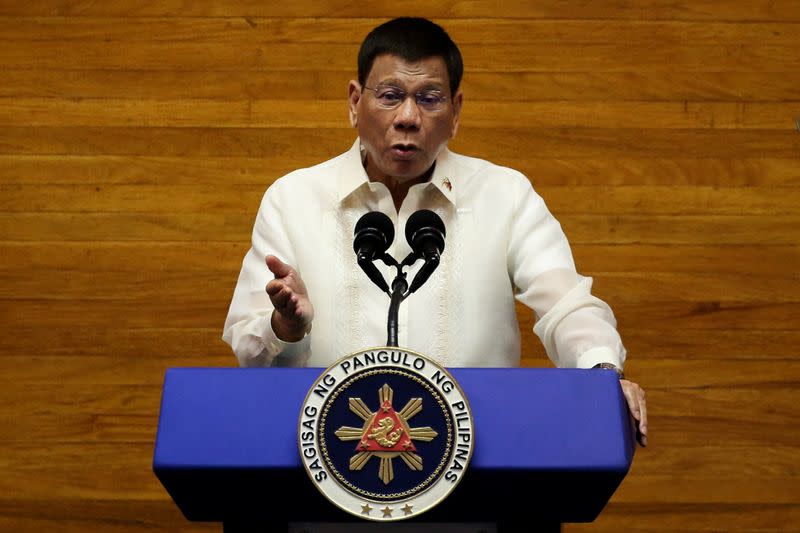 MANILA (Reuters) – Philippine President Rodrigo Duterte’s long-time aide has rejected the endorsement of the ruling party to run as its candidate in the 2022 elections, a development that some analysts said may open the way for Duterte’s daughter to stand.

Senator Christopher “Bong” Go, in a letter to the PDP-Laban party, said he wanted to devote his attention to helping fight the pandemic, asking his allies to support candidates who will continue Duterte’s policies and programmes.

“As much as I wish to respond to the clamor of many of our party mates, I most respectfully decline the said endorsement,” he wrote in the letter, which was made public on Monday.

Go had previously said he was open to running for president if Duterte was his running mate.

Duterte, 76, is prohibited by the constitution from seeking a second term, but his opponents believe he wants to maintain his grip on power.

Duterte has declared he will seek the vice presidency https://www.reuters.com/world/asia-pacific/philippines-place-manila-area-lockdown-curb-delta-spread-2021-07-30, if daughter Sara Duterte-Carpio does not run for president.

Both Duterte and his daughter had topped recent opinion polls https://www.reuters.com/world/asia-pacific/duterte-duterte-winning-ticket-poll-philippines-election-2021-07-13.

“It’s possible that Sara Duterte and the father reconciled on strategy for one candidate for 2022,” said political analyst Victor Manhit.

Duterte-Carpio declined to comment on whether she and her father had reconciled on political strategy. She has been quoted in media as saying she was open to running for president.

While Duterte remains popular, his administration is facing growing criticism https://www.reuters.com/world/asia-pacific/philippines-duterte-extends-coronavirus-curbs-capital-region-provinces-2021-08-2 over its handling of the pandemic amid a resurgence in COVID-19 cases that has overwhelmed hospitals https://www.reuters.com/world/asia-pacific/overwhelmed-philippines-hospitals-hit-by-staff-resignations-2021-08-16.

Go’s decision to back out would have had Duterte’s approval, said analyst Earl Parreno of the Institute of Political and Electoral Reforms, who stressed that “nothing is final yet”.

Candidacies only need to be officially filed starting in October.