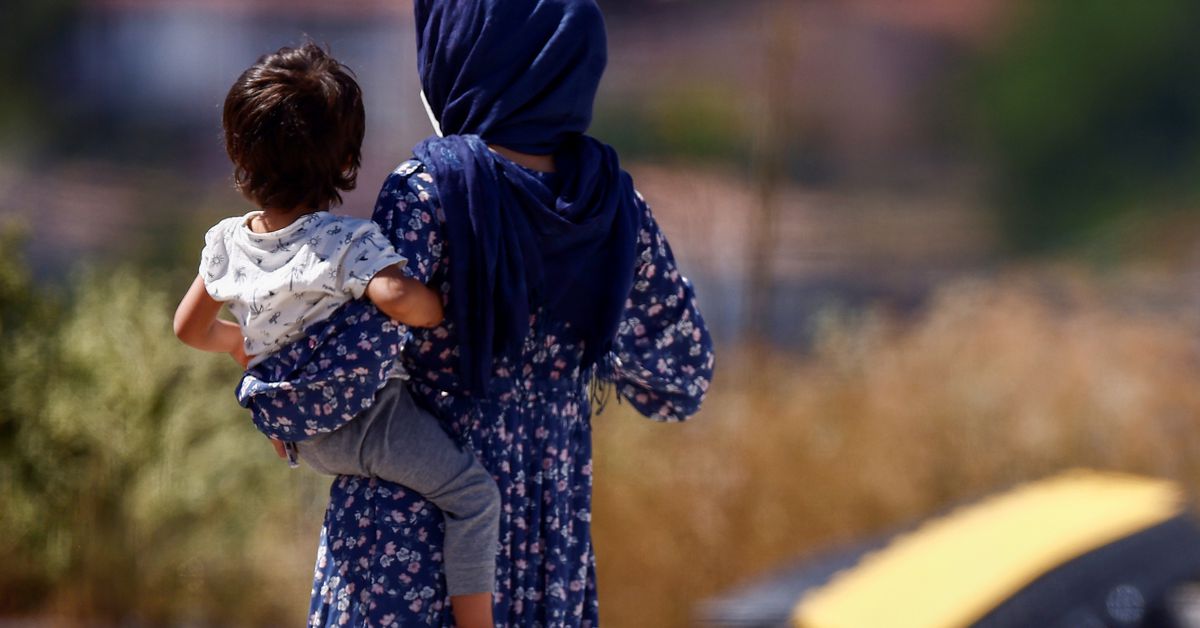 BRUSSELS, Aug 30 (Reuters) – European Union states are determined to prevent uncontrolled migration from Afghanistan following the takeover of the country by the Taliban, a draft statement prepared for a meeting on Tuesday says.

EU governments are eager to avoid a repeat of the chaotic influx of refugees and migrants in 2015 that caught the bloc unprepared and sowed divisions among them, fuelling support for far-right parties as camps in Greece, Italy and elsewhere swelled.

“Based on lessons learned, the EU and its member states stand determined to act jointly to prevent the recurrence of uncontrolled large-scale illegal migration movements faced in the past, by preparing a coordinated and orderly response,” interior ministers will say at the meeting, according to the draft statement seen by Reuters.

The position emerged as the U.N. refugee agency UNHCR warned that up to half a million Afghans could flee their homeland by the end of the year.

Thousands of Afghans have been evacuated in a massive airlift mounted by Western forces following the Taliban’s seizure of the capital Kabul on Aug.15. But as the operation winds down, many have been left behind to an uncertain fate under the rule of the hardline Islamist group.

The UNHCR appealed for support on Monday, saying “a larger crisis is just beginning” for Afghanistan’s 39 million people.

Filippo Grandi, the U.N. High Commissioner for Refugees, reiterated a call for borders to remain open and for more countries to share responsibility with Iran and Pakistan, which already host 2.2 million Afghans.

“The airlifts out of Kabul will end in a matter of days, and the tragedy that has unfolded will no longer be as visible. But it will still be a daily reality for millions of Afghans. We must not turn away,” Grandi said in a statement.

At Tuesday’s emergency meeting in Brussels, the EU ministers will also reiterate the bloc’s promise to give more money for Afghanistan as well as surrounding countries, although delivering aid had become more complicated since the Taliban took control, EU officials said.

“The EU should also strengthen the support to the countries in Afghanistan’s immediate neighbourhood to ensure that those in need receive adequate protection primarily in the region,” the ministers will say, according to the draft statement.

Although Turkey helped contain the 2015 crisis with EU funding by taking in millions of Syrians fleeing, Ankara is less willing to receive many Afghans as the COVID-19 pandemic and an economic slump strain social and security services.

The ministers will also pledge to stop new security threats from Afghanistan for EU citizens, the draft said. It did not contain specific details of new measures.

The International Rescue Committee, meanwhile, said the EU should create a new scheme to resettle at least 30,000 Afghans from the region in the next 12 months. The charity estimated there were already 2.6 million Afghan refugees, mainly hosted by Iran and Pakistan.

“The EU must uphold the right to seek asylum for people fleeing Afghanistan,” the IRC said in a statement. Caritas Europa also called on the EU not to abandon Afghans.