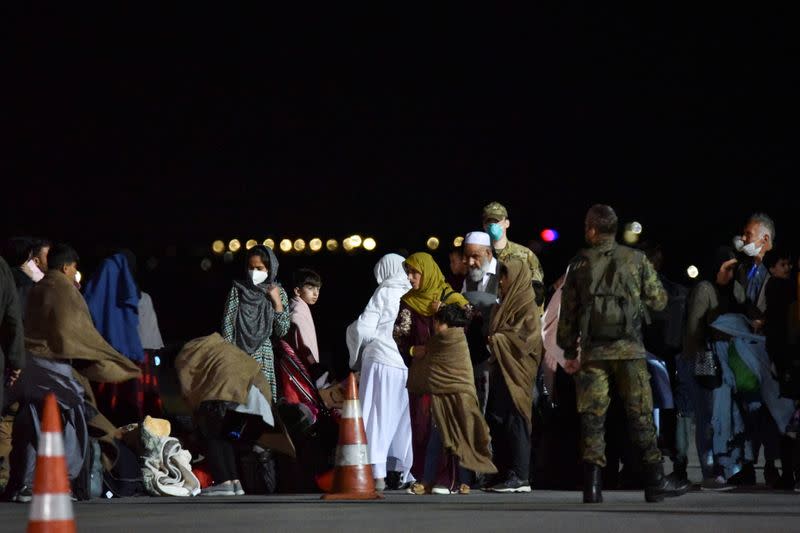 PRISITNA (Reuters) – The first group of Afghan refugees arrived in Kosovo on Sunday, which has agreed to temporarily shelter them until they can be permanently relocated to the United States.

The plane carried 111 people, mainly women and children, who could be seen walking on the tarmac carrying small bags.

Passengers had their temperatures checked upon arrival and will be taken to a camp that previously housed construction workers near Camp Bondsteel, a U.S. Army base about 40 kilometres (25 miles) from Pristina.

More planes are expected to arrive in the coming days, a senior government official told Reuters.

Kosovo had agreed to accept 2,000 Afghans in transit to the United States.

“We are proud to stand with our allies,” Kosovo President Vjosa Osmani told reporters.

Albania and North Macedonia, both NATO members, have also agreed to a proposal by U.S. President Joe Biden’s administration to serve as transit countries for Afghan refugees whose final destination is the United States.