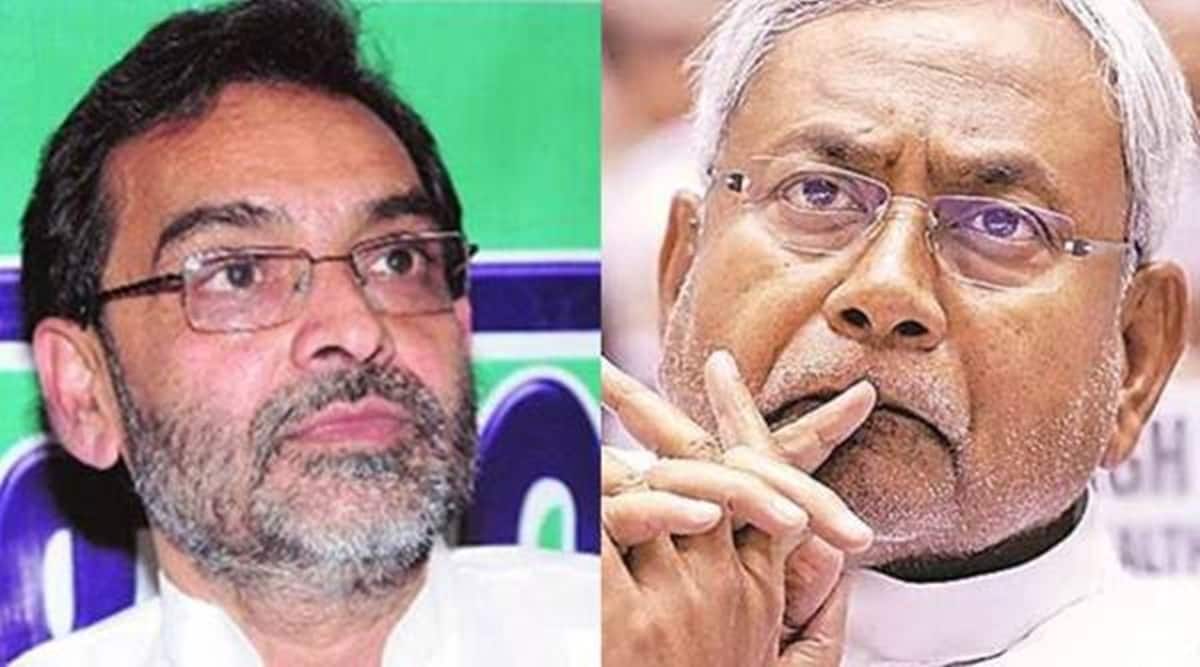 Reiterating that Nitish Kumar was “Prime Minister material”, the JD(U) on Monday asserted it was not staking claim to the highest seat of power for the Bihar chief minister but “numbers” would be no problem if such a situation arose.

A statement to the effect was made by the party’s parliamentary board chief Upendra Kushwaha, who testily brushed aside remarks by some leaders in the state BJP that one needed the support of 272 MPs to become the PM, and that the JD(U) was unlikely to win as many seats on its own.

“Kyun nahin ho sakta hai (why not)?” was Kushwaha’s curt reply when asked if Kumar were to aim for the top post, would he be able to muster the requisite number in view of the limited reach of the JD(U), which has little presence outside Bihar.

The former Union minister, however, hastened to add “we are not making a claim to the PM’s post at present. We are with the NDA and acknowledge the leadership of Narendra Modi. But, if people talk about a hypothetical future, then nothing can be dismissed as impossible”.

Kushwaha had rekindled sentiments about Kumar being “PM material” a few weeks ago and the chorus got louder on the previous day when “Mission Nitish” became the rallying cry at the JD(U) national council meeting here.

One of the resolutions passed on the occasion asserted that though not a claimant to the top post, the leader had all the qualities for the same.

“When I first spoke about Nitish Kumar being PM material, many of you scoffed at me. Now you can see it has happened often that I say something and it becomes a widespread sentiment later on,” Kushwaha said with a mischievous smile, referring to Sunday’s happenings.

The idea of Kumar fitting the bill first gained currency about a decade ago and following his radical move of snapping ties with the BJP in 2013, he was widely seen as a “secular alternative” to the juggernaut unleashed by Narendra Modi.

The JD(U) de facto leader had, however, sought to make light of the utterances of Kushwaha who had parted ways seven years ago to float the RLSP, but returned to the parent party a few months ago merging his outfit into it.

On Sunday, too, the chief minister refused to reply to queries of journalists who were eager to know his take on the party’s projection of him as a veritable cult figure.

Kushwaha was also asked about the need for a coordination committee in the NDA, which was stressed by JD(U) national general secretary K C Tyagi on the previous day.

“I met Tyagi ji at my residence this morning. The demand is right. There is a need for better coordination,” said Kushwaha, whose reinduction into the JD(U) is being seen as Kumar’s bid to consolidate his Kurmi-Koeri base following the party’s poor show in the assembly polls.

“It is true that we are sharing power with the BJP for so many years. Yet, it does not look good when different people in the same party speak in different voices. Caste census is a case in point,” remarked Kushwaha, who had recently sought to underscore “internal conflict” within the saffron party on the issue.

Second only to the BJP, in the NDA in Parliament, in terms of numerical strength, the JD(U) has created ripples by forcefully taking up the issue of non-inclusion of OBCs in the census, after the Centre disclosed that it proposed to enumerate only the SCs and the STs.

The CM had recently met the PM, heading a delegation comprising legislators of all parties in the state with the plea that the Centre consider their request.

The JD(U) national council meet, among other things, had also resolved to rally other states for the caste census demand, which has so far been most vociferous in Bihar where the OBCs have dominated the political scene for close to three decades.