Finance Minister Avigdor Liberman will submit the two-year state budget to the Knesset Tuesday with an eye toward passing an initial vote on it by the end of the week, he said Monday.

Israel has not had a new budget approved by the Knesset since 2019, due to political gridlock and several subsequent elections.

The two-year state budget includes sweeping reforms of the kashrut establishment and the agriculture industry, steep taxes on disposable plasticware and sugary drinks, and considerable changes to import policies.

Other major reforms include the gradual raising of the retirement age for women to 65 over the course of 11 years, at a rate of four months a year for three years, and three months a year for a further eight years.

Liberman predicted that a pair of budget bills — one to earmark funds and an Arrangements Bill to determine how allocation will be implemented — will have a majority backing in the Knesset, though the coalition government has the slimmest possible majority.

“It is the most social budget in the history of the country,” Liberman said.

He rejected any possible political fighting over the Arrangements Bill, which can be more prone to partisan dispute, telling reporters that lawmakers will have to support both together.

“They are one whole, you can’t vote for the first and oppose the second,” he said.

Liberman, who has opposed steps to restrict economic activity to curb the spread of COVID-19, said the economy is growing and “has learned to live alongside the coronavirus.” 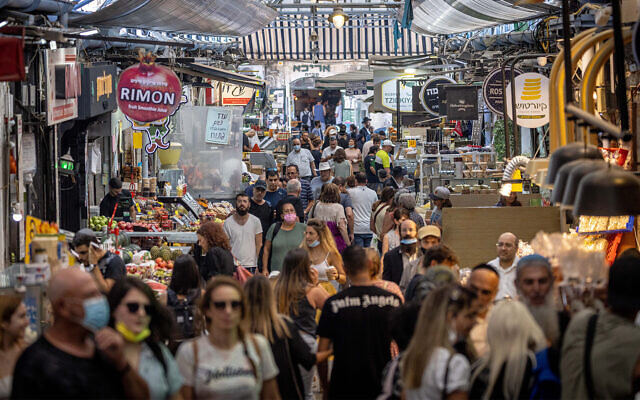 Shoppers at the Mahane Yehuda market in Jerusalem, on July 27, 2021. (Yonatan Sindel/Flash90)

The government cabinet approved the budget at the beginning of the month, the first time a budget has been approved in three years, due to a political deadlock that eventually ended with the installation of the current coalition in June.

In a key challenge for the coalition, which holds a narrow parliamentary majority, the complex legislation must now pass through committee stages and three readings in the Knesset plenum by a November 4 deadline.

If it does not pass by then, the Knesset would automatically dissolve and elections would follow.

The budget will require all the votes of the wafer-thin coalition to pass, with the opposition of a single lawmaker able to bring it down. The diverse composition of the government led by Prime Minister Naftali Bennett — made up of right-wing, centrist and left-wing parties — complicates the effort. 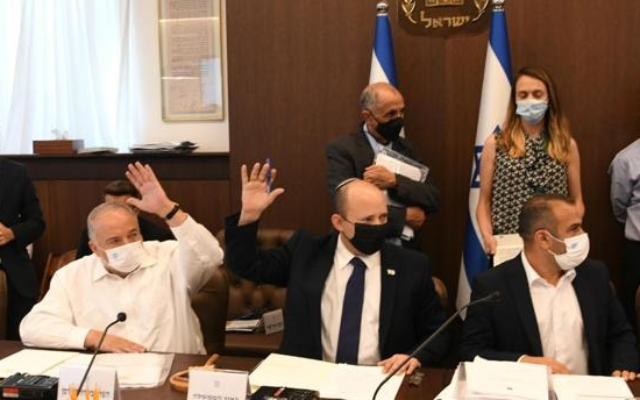 In the previous government, then-prime minister Netanyahu refused to pass a budget — which allowed him to call elections without then-coalition partner Defense Minister Benny Gantz immediately becoming transitional prime minister under the terms of their rotation deal.

Sorgente articolo:
Liberman rolls out ‘most social budget ever’; predicts swift passage – The Times of Israel