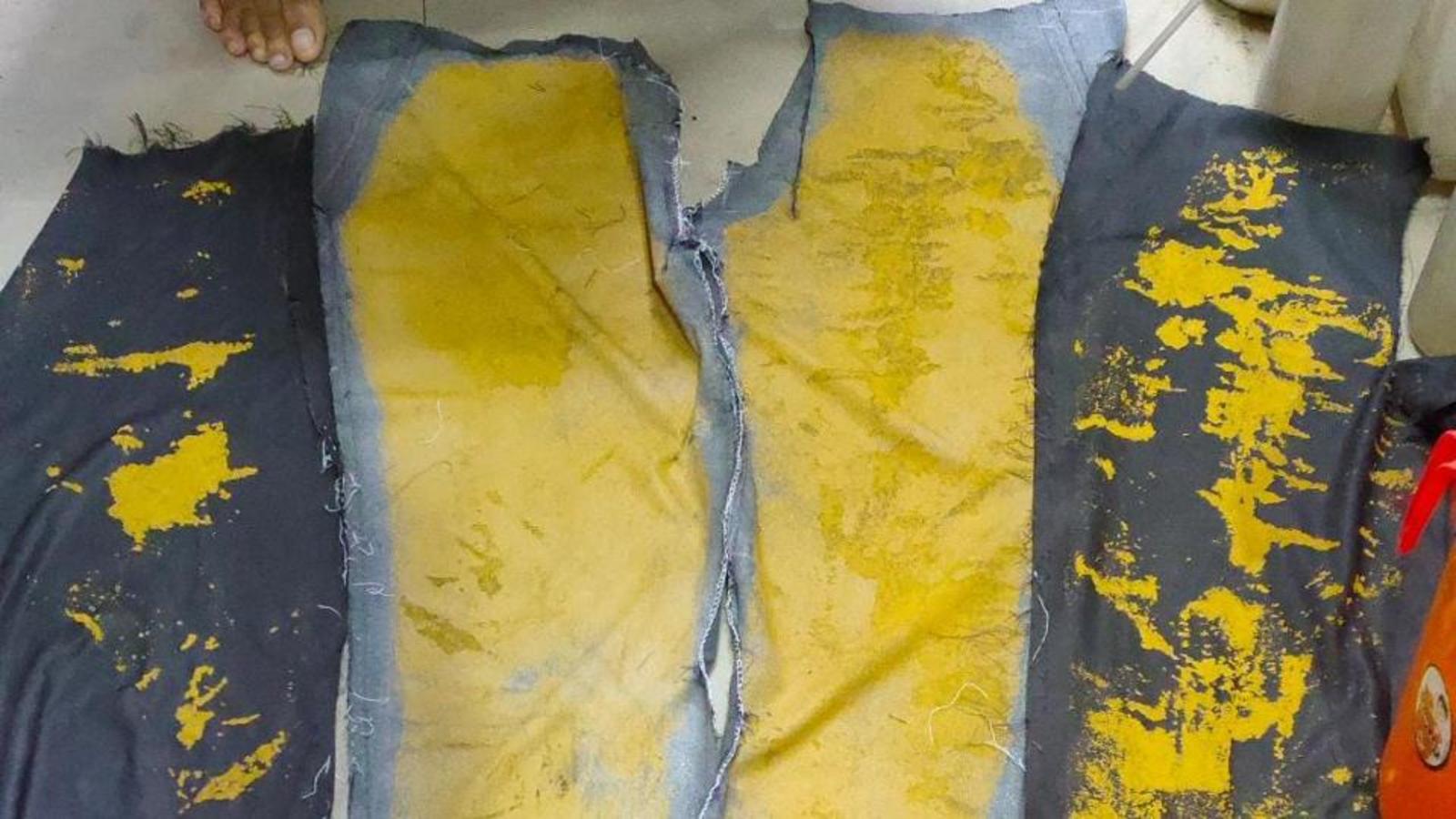 At a glance, it looks like jeans splattered with paint or curry, but it was not. Customs officials arrested a person from Kannur international airport on Monday after they found that he was wearing double-layered jeans in which gold-laced paste worth ₹14 lakh was hidden, officials said.

The officials said though he cleared the initial check, they got suspicious about the thick jeans he was wearing. After removing the artfully crafted jeans, they found gold paste filled in between and said it took almost two hours to remove layers to retrieve the paste. Officials said this is the first time they came across such a smuggling technique.

“Air intelligence unit at Kannur international airport seized 302 grams of gold in the form of a very thin paste, concealed within the double-layered pants worn by a passenger,” said the Kochi customs unit in a tweet.

The accused had come from the United Arab Emirates and was arrested later. Officials admit that gold mixed in the form of paste with some impurities is difficult to trace and smugglers resort to ingenious methods to dodge the officials.

Date seeds, thick bra straps, heavy belt buckles, shoe soles, sausages and gold paste are among some of the items the ingenious smugglers try in order to smuggle gold in.

Last year, in Kozhikode, a passenger was arrested after gold was detected in his facemask. A woman passenger, carrying her baby, was found holding a water bottle made of gold. According to officials, hiding gold in cavities and swallowing gold capsules are also common.

Kerala tops in the country in terms of gold seizures. Last year, 550 kilograms of gold was seized from four airports with the Kozhikode airport topping the chart for maximum seize.