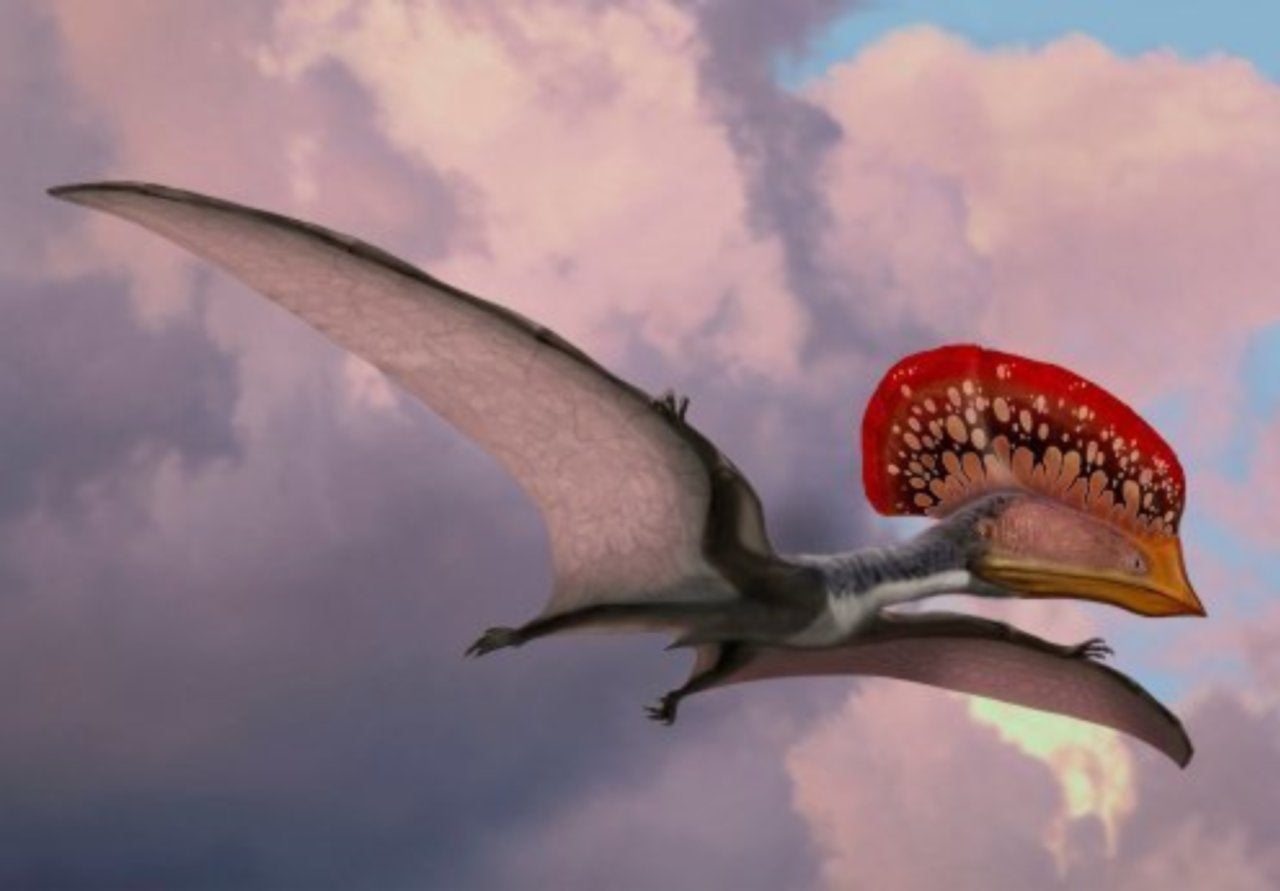 A police raid in Brazil has yielded one of the best-preserved pterosaur fossils ever discovered. According to law enforcement, the fossil comes from a 2013 police raid on a series of storage lockers that were hiding fossils and other archaeological relics. According to Brazilian law, fossils are considered part of the country’s natural, geological history, and are state property, so trading in them is strictly regulated and almost completely forbidden. Per CNet, the fossilized remains belong to a tapejarid, a toothless pterosaur from the early Cretaceous period who had a large crest (made partially of soft tissue) atop its head.

Apparently, the fossil had more then 90% of the skeleton in place, as well as some soft tissue around the bone, making it the best-preserved example of its kind in the world.

“This fossil is special because it is the most complete pterosaur from Brazil and it brings new information about the anatomy and ecology of this animal,” says Victor Beccari, co-author of a study on the find published Wednesday in the journal PLOS One.

The 2013 raid in which the fossil was found, recovered 3,000 specimens kept in storage units in three Brazilian states. After the raid, the specimens were transferred to the Geosciences Institute of the University of São Paulo for study.

Pterosaurs in general lived as long ago as 228 million years and as recently as 66 million years ago, according to scientists. The CNet story explains that this particular specimen originated at the Crato Formation in the Araripe basin, a fossil-rich area in northeastern Brazil that dates back to a time in the Cretaceous period around 115 million years ago.

The remains were found preserved in six yellowish slabs of limestone, which managed to preserve its 8-foot wingspan and almost all of its skeletal structure.