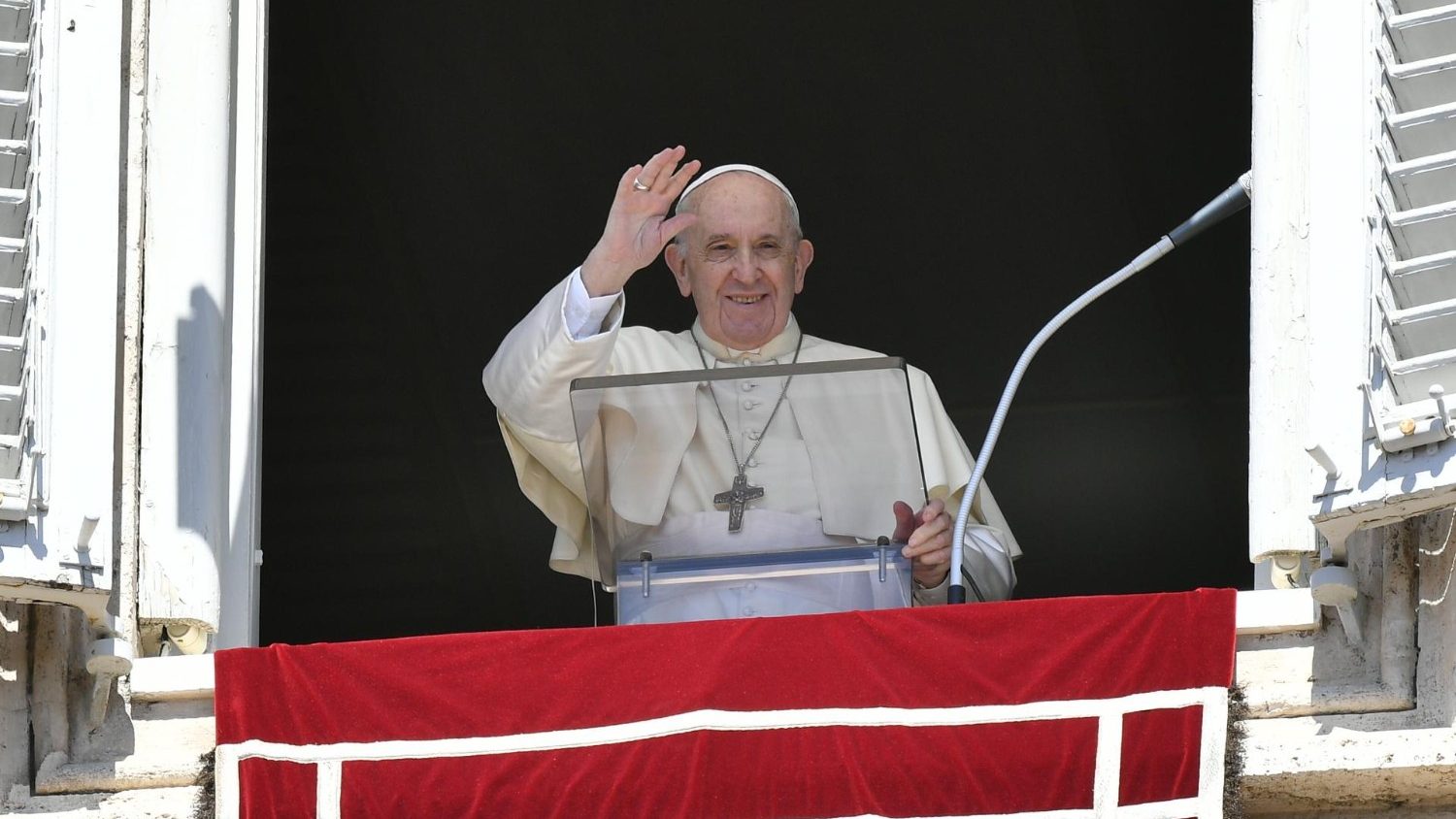 The Gospel for today’s liturgy shows a few scribes and Pharisees amazed by Jesus’ attitude. They are scandalized because his disciples pick up food without first performing the traditional ritual ablutions. They think among themselves “This way of doing things is contrary to the religious practice” (cf. Mk 7:2-5).

Pope Francis recalled the day’s Gospel reading, which recounts when a few scribes and Pharisees were scandalized because Jesus’ disciples did not perform the traditional ablutions before eating. The Pope asked why they did not conform to these traditions, especially since they offer good ritual habits, such as simple washing before eating. The answer, he said, was more about making sure we keep faith at the centre of our focus in all matters and avoiding being focused solely on outward formality. This can become a religious practice where outward devotion and appearances matter most and we overlook the worship which Jesus desires with “a faith that touches the heart”.

In the Gospel reading, Jesus says, “There is nothing outside a man which by going into him can defile him; but the things which come out of a man are what defile him” (v. 15). The Pope explained that it is “‘from within, out of the heart’ (v. 21) that evil things are born.” Jesus’ teaching was a novelty for His time, changing the traditional perspective which saw externals as the cause of evil.

This truth concerns us today as well, the Pope said, especially since we tend to think that all problems arise due to other people’s actions and behaviour. We put the blame on everyone else, on society or on the world, for what happens to us. It is as if all problems come from the outside; and so we blame others, saying it is their fault or the fault of those who govern. Blaming everything and everyone outside ourselves is a waste of time, the Pope stressed, and can cause us to become angry and bitter, keeping God far from our hearts. He added, one cannot be truly religious when these problems creep into your heart, since anger, resentment and sadness close the door to God.

To remedy this we need to ask the Lord to free us from these temptations, the Pope said. We need to pray for the grace not to waste time “polluting” our world with complaints, since this is not Christian. “Jesus instead invites us to look at life and the world starting from our heart”, he said, and by sincerely asking God to purify our hearts. “Then we will start making the world cleaner,” since a winning way to defeat evil is “by starting to conquer it within yourself.”

In conclusion, the Pope encouraged us to look to Mary, “who changed history through the purity of her heart,” in order to help us to purify our hearts and so overcome the vices of blaming and complaining, and keep faith at the center of our lives.