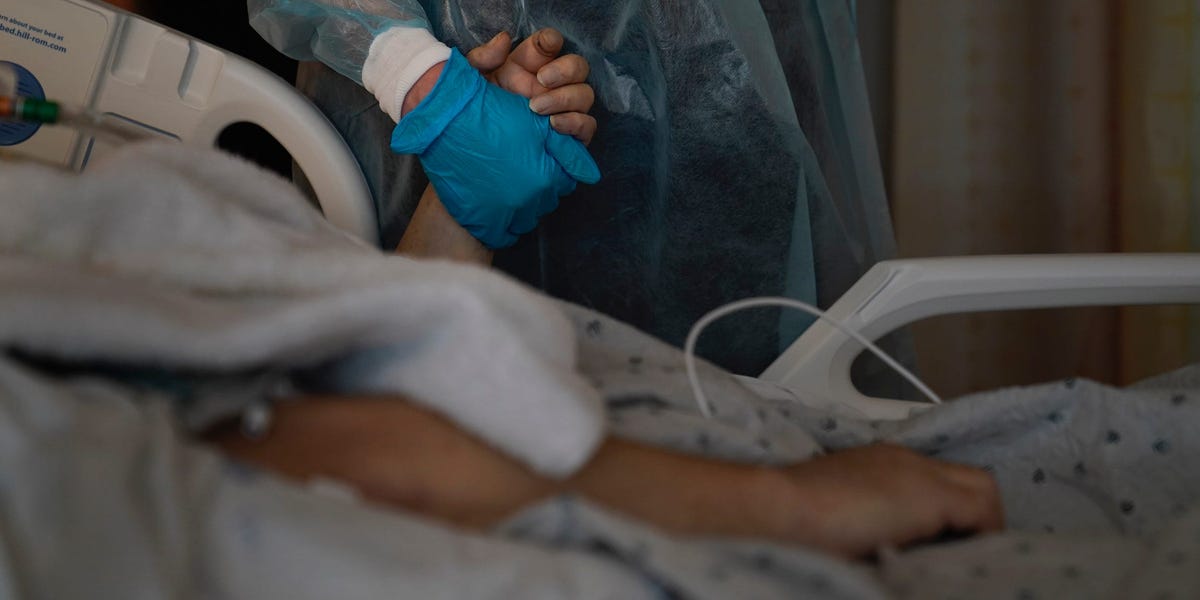 The US is on track to record another 100,000 COVID-19 deaths by December 1, a forecast from researchers at the University of Washington said.

The US has so far recorded more than 637,500 deaths. Researchers said more than 738,700 deaths could be reported by December 1.

For the first time since March 2021, the US is reporting an average of over 1,000 COVID-19 deaths a day. Cases have also been rising across the country as the more transmissible Delta variant spreads.

Experts told the Associated Press the prediction can fluctuate based on how people behaving, with some saying it could be cut in half if people wear masks in public spaces.

“Behavior is really going to determine if, when, and how sustainably the current wave subsides,” Lauren Ancel Meyers, director of the University of Texas COVID-19 Modeling Consortium, told the AP. “We cannot stop Delta in its tracks, but we can change our behavior overnight.”

“We can save 50,000 lives simply by wearing masks. That’s how important behaviors are,” Ali Mokdad, a professor of health metrics sciences at the University of Washington in Seattle, involved in the making of the projections, told the AP.

Meyers said mask-wearing, social distancing, and getting vaccinated can cut down the death toll.

Experts told Insider’s Hilary Brueck that 90% of the US would need to be vaccinated to achieve herd immunity as the Delta variant spreads. So far, only a little more than half of the population is fully vaccinated, according to data from the Centers for Disease Control.

Last week, White House COVID-19 coordinator Jeff Zients said the number of people getting their first shot has been on the rise.

“In the face of the Delta variant, more and more Americans are stepping up each day to get vaccinated,” Zients said.

Experts previously warned that allowing the virus – particularly the Delta variant – to surge could mean it could evolve into another variant that could evade current vaccines.

“These vaccines operate really well in protecting us from severe disease and death, but the big concern is that the next variant that might emerge — just a few mutations, potentially, away — could potentially evade our vaccines,” Centers for Disease Control and Prevention Director Rochelle Walensky said during a press briefing last month.

Sorgente articolo:
The US could record another 100,000 COVID-19 deaths by December – Business Insider