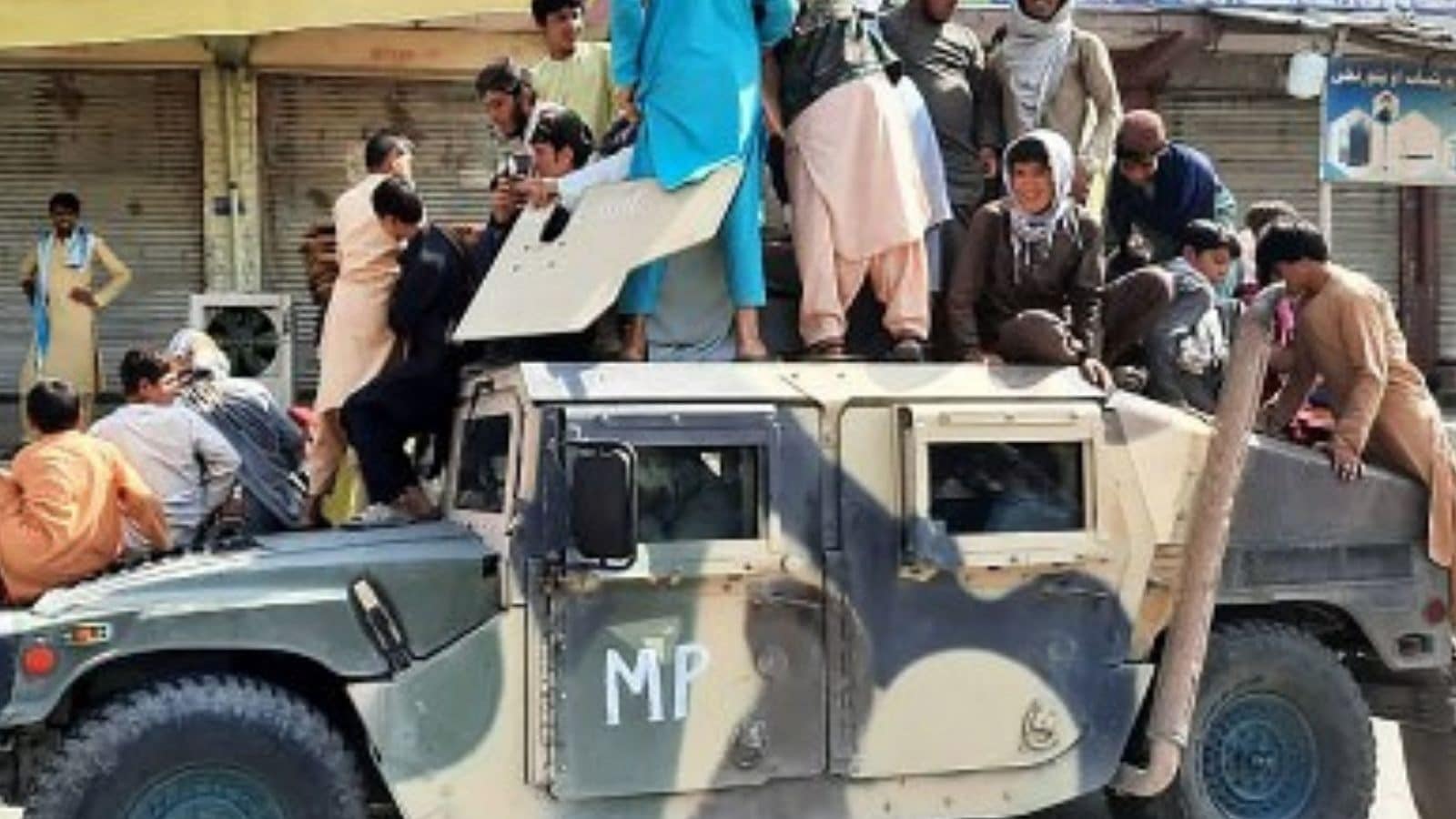 The weapons were seized after troops from the Afghan National Defence and Security Forces surrendered after the fall of Kabul and other provincial capitals to the insurgent groups.

Before Taliban took over, the Afghan Air Force was operating 167 aircraft, including attack helicopters and planes, at the end of June. Now, the question remains over the extent of weaponry with Taliban.

According to a report in BBC, though Afghan Air Force had 167 aircrafts in operation, it isn’t clear how many has the Taliban actually captured. It added that satellite imagery from six days after the city was taken over by the Taliban shows five aircraft – at least two MI-17 helicopters, two Black Hawks (UH-60) and a third helicopter which could also be a UH-60, the report quoted Angad Singh, a military aviation expert at ORF as saying.

However, the report adds that 16 aircraft – including nine Black Hawks and two MI-17 helicopters and five fixed-wing planes – could be seen in another satellite image taken on 16 July. A Reuters report said the Taliban is in possession of 40 aircraft potentially including UH-60 Black Hawks, scout attack helicopters, and ScanEagle military drones.

The Taliban has captured the Afghan airbases, including those in Herat, Khost, Kunduz and Mazar-i-Sharif. However, the number of aircraft seized are not available from the satellite imagery from the airports.

The Taliban have seized US military biometrics devices that could aid in the identification of Afghans who assisted coalition forces. The devices, known as HIIDE, for Handheld Interagency Identity Detection Equipment, were seized while the Taliban were making advances last week, a report in The Intercept said.

The report said that the seized devices contain identifying biometric data such as iris scans and fingerprints, as well as biographical information, and are used to access large centralized databases. However, it’s unclear how much of the US military’s biometric database on the Afghan population has been compromised.

Reports added that though the Taliban insurgents might not be comfortable using the military aircrafts, using ground weaponry couldn’t be much of a problem, given the expertise of them using Russian-made MI-17s.

The Taliban’s social media is awash with videos of Taliban fighters seizing weapons caches — the majority supplied by Western powers. Footage of Afghan soldiers surrendering in the northern city of Kunduz shows army vehicles loaded with heavy weapons and mounted with artillery guns safely in the hands of the insurgent rank and file. The Taliban is also seizing weapons from the residents as Taliban said that they no longer require weapons for their protection.

The Taliban’s newfound arsenal is likely not limited to small arms, as the group captured sizable stockpiles of weapons and vehicles held at strongholds once controlled by US-backed forces, including modern mine-resistant vehicles (MRAPs) and Humvees.

Taliban is believed to control more than 2,000 armored vehicles, including US Humvees, a report in Reuters said.

Since 2003 the United States has provided Afghan forces with at least 600,000 infantry weapons including M16 assault rifles, 162,000 pieces of communication equipment, and 16,000 night-vision goggle devices.

“The ability to operate at night is a real game-changer,” one congressional aide told Reuters. Other smalls arms seized by the insurgents include machine guns, mortars, as well as artillery pieces including howitzers.

(With inputs from Agencies)