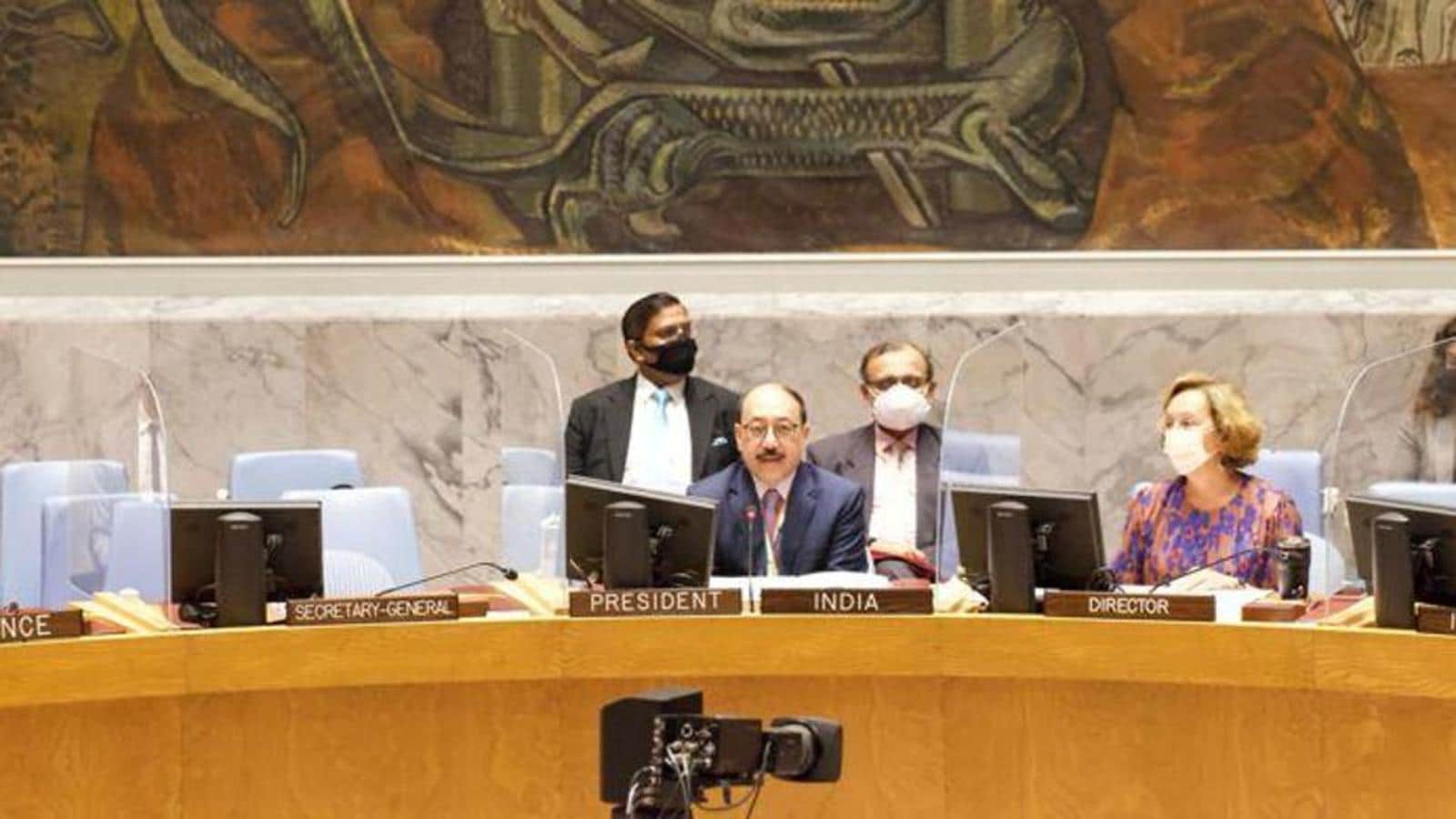 India on Monday called for early talks between Israel and Palestine to “resolve all final status issues and achieve a two-state solution”, saying the world community and the Middle East Quartet have a key role in reviving negotiations.

Foreign secretary Harsh Shringla outlined India’s position while chairing a United Nations Security Council meeting on the Middle East peace process and the Palestinian question as part of India’s presidency of the council for August. This was among the last few key meetings chaired by India before the end of its presidency.

India, Shringla said, will back all efforts to revive the peace process between Israelis and Palestinians.

“High-level interaction between Israel and Palestine contributes to a better environment for the resumption of direct peace negotiations. We hope to see early commencement of these negotiations between the two sides, as they provide the best opportunity to resolve all final status issues and achieve a two-state solution,” he said.

The international community, particularly the Middle East Quartet which consists of the UN, the European Union, the US and Russia, has an important role to play in reviving negotiations, he said.

“Given our long-standing and firm commitment to the establishment of a sovereign, independent and viable state of Palestine, within secure, recognised and mutually agreed borders, living side by side with Israel in peace and security, India will remain fully supportive of all efforts to restart the peace process,” he added.

Shringla reiterated India’s concerns at the recent escalation in the Gaza Strip, which highlighted the fragility of the ceasefire in the region and the need to addressing underlying causes which triggered the escalation. “We call on all parties to the conflict to respect the ceasefire and refrain from acts that could exacerbate tensions and worsen the security situation,” he said.

He noted that the West Bank continued to witness incidents of violence and clashes between Palestinians and Israeli security forces, and said both sides must desist from provocative action. “We note the progress in the legal challenge to the eviction of Palestinian families in Sheikh Jarrah and underscore the need for respecting the historic status quo in East Jerusalem and its neighbourhoods. We also urge parties to refrain from unilateral measures that undermine the viability of the two-state solution,” he said.

While seeking a “regular and predictable” transfer of aid and essential items to Gaza to ease the humanitarian situation, Shringla called on the international donor community to support the reconstruction of the region through the Palestinian Authority.

Israel’s decision to increase work permits issued to Palestinians will help strengthen the Palestinian and Israeli economies, and the recognition of Covid-19 vaccination certificates issued by the Palestinian Authority and facilitating the passage of patients from the Gaza Strip to the West Bank are positive signals.

India’s development cooperation is geared towards creating opportunities for the socio-economic development of the Palestinians, and the country has helped build schools, set up ICT and vocational training centres, a technology park and a national printing press.

During India’s presidency of the UN Security Council, the body discussed several peace and security issues, such as the situation in Afghanistan, Myanmar, Syria and Yemen, and the Middle East peace process.

Shringla chaired four meetings of the Security Council on Monday that adopted the Mali sanctions resolution, the United Nations Interim Force in Lebanon (UNIFIL) resolution and the UNSOM resolution.

The UNIFIL resolution extended the mandate of the peacekeeping mission for one more year. India is one of the largest troop contributors for UNIFIL and has been providing forces to the mission for 21 years. Currently, 862 Indian peacekeepers are serving in UNIFIL, and India has shown readiness to strengthen the UNIFIL maritime task force by deploying a maritime contingent.

The Mali sanctions resolution condemned the activities in Mali and Sahel region of the Islamic State, al-Qaeda-linked terrorist groups such as IS in West Africa Province, IS in the Greater Sahara, and Jama’at Nasr al-Islam wal Muslimin. India has provided soft loans worth $353.6 million for developmental projects in Mali.