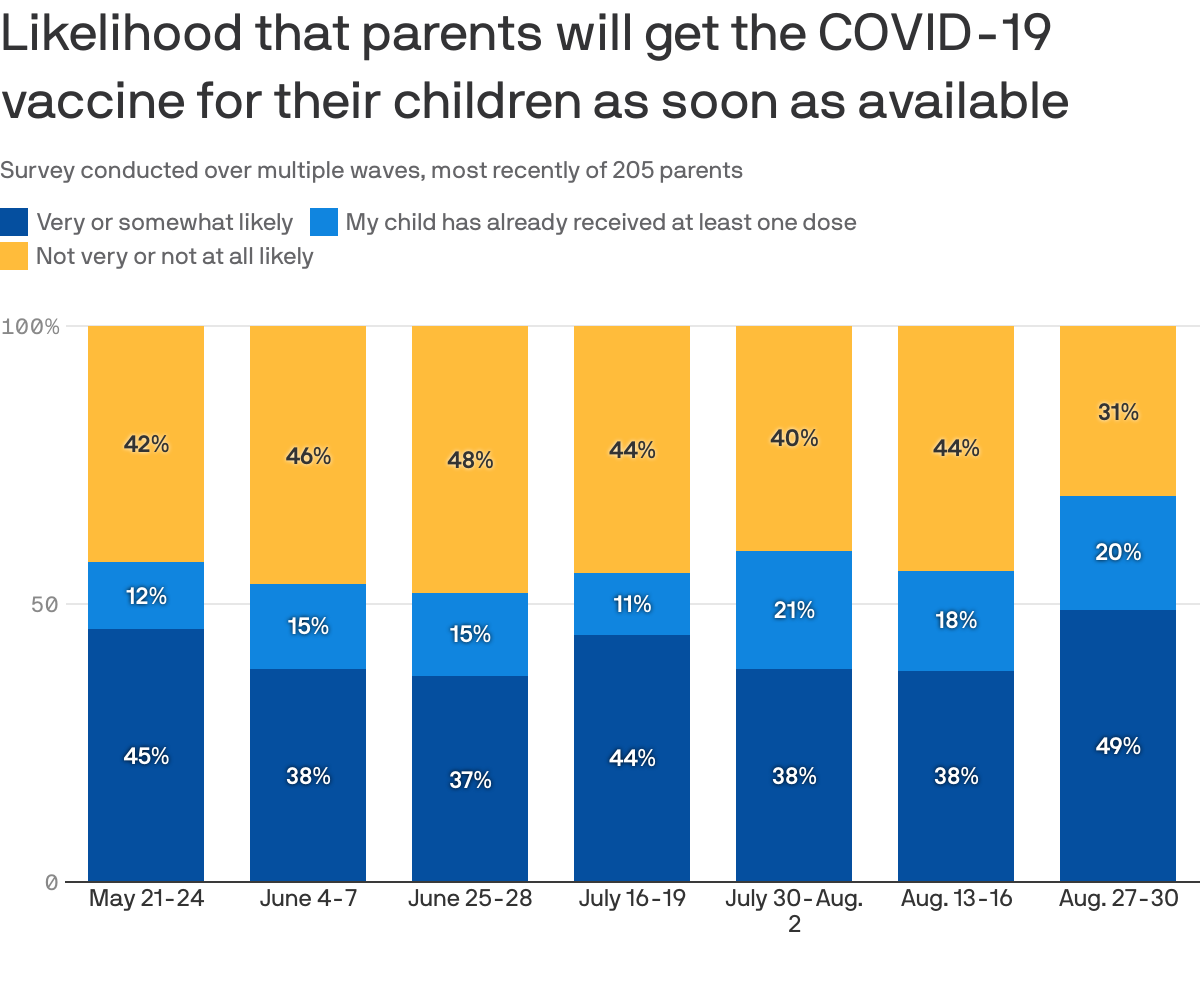 Vaccine hesitancy in the U.S. is showing signs of crumbling, according to the latest installment of the Axios/Ipsos Coronavirus Index.

The big picture: Many factors are playing a role — including the Delta variant’s strength, kids’ return to school and FDA approval of the first COVID-19 vaccine — but the biggest drivers appear to be the rise of mandates.

Why it matters: Ipsos pollster and senior vice president Chris Jackson notes that children younger than 12 — about 48 million people — now make up the largest group of unvaccinated people in the country.

By the numbers: 68% of parents said they either have already vaccinated their children or are likely to as soon as it’s permitted for their age group. That’s the highest share ever in our survey, and a 12-point spike from 56% just two weeks ago.

Between the lines: Over the past two weeks, the survey found an across-the-board rise in indicators related to work or government mandates.

People are adjusting their own behaviors as well: 56% saw friends or relatives outside the home in the last week, the lowest share since April. Half of respondents said they are practicing social distancing, the highest share since early May — though only 12% said they’re canceling travel plans.

The intrigue: The share of Americans who say they feel hopeful right now has plummeted to 34%, from 48% in March — but those saying they feel motivated, energized, inspired or resilient has risen by at least as much.

Methodology: This Axios/Ipsos Poll was conducted Aug. 27-30 by Ipsos’ KnowledgePanel®. This poll is based on a nationally representative probability sample of 1,071 general population adults age 18 or older.