A former Afghan government minister who now works as a food delivery courier in Germany has told Israel’s public broadcaster that he is not ashamed of his new job.

“I like my current job, because as I’m new here I can explore Leipzig with my cycling,” Sayed Sadaat told Kan in an interview that aired Monday evening.

For six hours on weekdays and from noon to 10 pm on Saturdays and Sundays, Sadaat dons his distinctive orange coat and big square backpack, shuttling pizzas or other orders to customers. He is one of thousands of Afghans who have found a home in Germany over the last few years.

Since 2015, when Europe saw a huge influx of people fleeing wars mostly from Syria and Iraq, around 210,000 Afghans have sought asylum in Germany. And with the Taliban’s return to power earlier this month, Germany has also evacuated around 4,000 Afghans, including those who worked with NATO forces and others who need protection.

Sadaat served as minister of communications in Afghanistan from 2016 to 2018. But the 50-year-old said he quit his post because he was fed up with corruption in the government.

“When doing the job as a minister there was a difference between the president’s close circle and myself,” he told AFP. “Their demands were for private benefit, I wanted the money for government projects to be implemented properly. So I could not fulfill their demands and then they tried to push me, put pressure on me from the president’s side.” 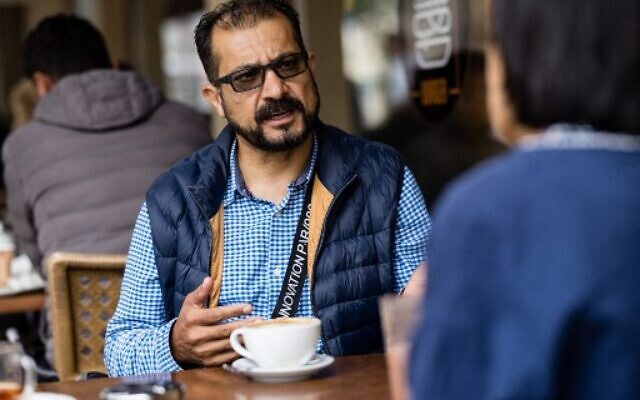 Two years after he quit to take a job in the telecom sector, he said, the security situation in Afghanistan had deteriorated.

“In Afghanistan, as you can see, the security got worse and the government was not in a position to secure the previous government employees,” Sadaat told Kan.

As a dual Afghan-British citizen, he decided to move to Germany at the end of 2020 before Brexit made it no longer possible for Britons to obtain residency in the EU without conditions such as an offer of employment.

He could have secured a post in Britain, but he told AFP he saw more opportunities for his sector in Germany. But without German, Sadaat, who came alone and refuses to talk about his family, said he has struggled to become employed.

“Here, to get a job, you have to have a basic level of German language,” he told Kan. He has begun taking a course in the language for four hours a day, “and then at night, I do the temporary Lieferando job,” delivering food for the German courier service.

Watching the situation unfold over the past two weeks in Afghanistan, he said, has been disturbing. 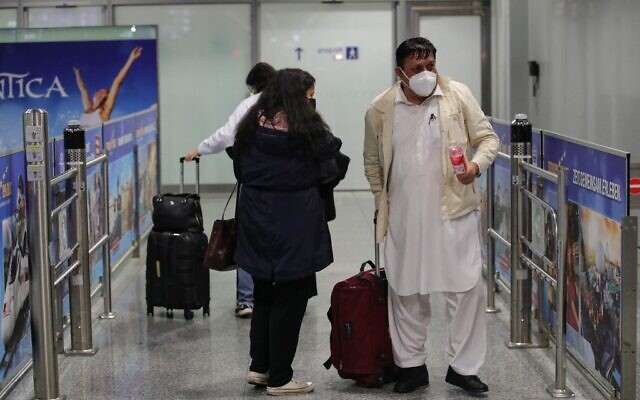 People among the first evacuees from Kabul, arrive at Frankfurt International Airport in western Germany in the early hours of August 18, 2021. (Armando BABANI / AFP)

“It is very sad to see my countrymen in a problem, in fear, and running and leaving their country,” he told Kan. “I hope the situation will come back to normal.”

But he suggested that Western powers normalize relations with the Taliban-led government.

“I think there is no other option, the Western countries, the governments, they should support and talk to the Taliban and recognize them,” he said. “A stable country is in the benefit of Afghanistan and also a benefit for the West, because if there is a weaker government and an unstable Afghanistan, fanatic groups can go there.”

He said he would welcome an opportunity “to work for the German government in the Foreign Ministry as an adviser on the Afghanistan desk,” something he notes is even more critical than ever at the moment. He admits, however, that no contact has yet been made with the German authorities on the issue.

And he said that countries should not turn their back on Afghan refugees fleeing their homeland.

And while he has no shame in his current delivery job, he has set his sights on future goals in his adopted new home.

“German telecom is my biggest dream, to be back in my telecom field.”