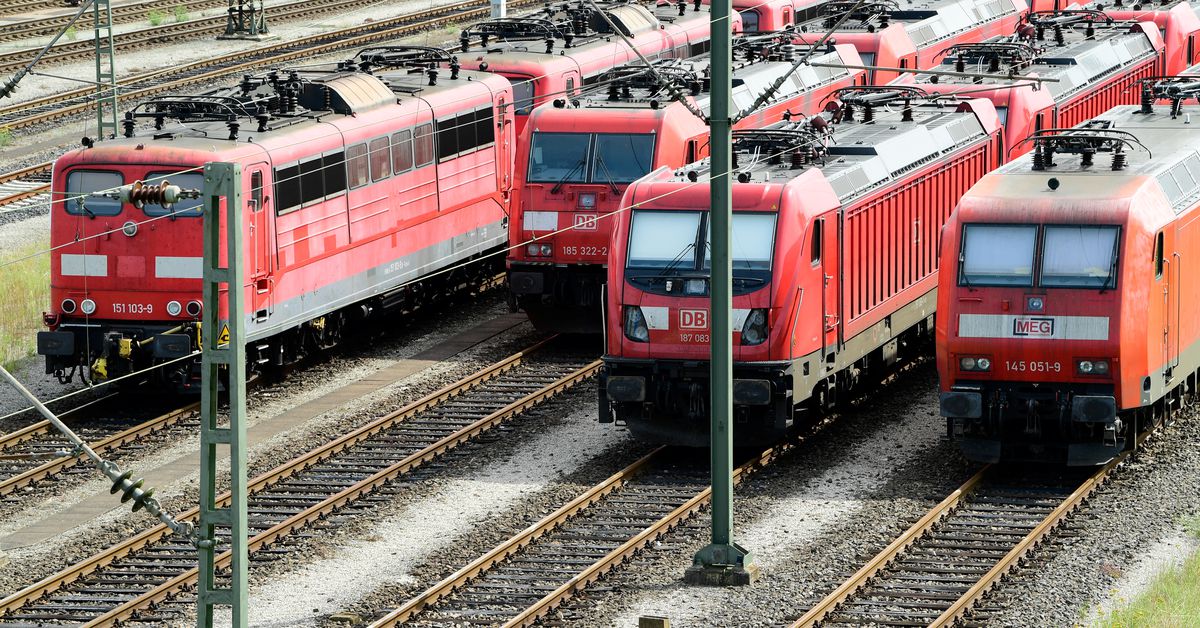 Locomotives of freight trains are seen at a shunting yard, during a railway drivers’ strike of the German Train Drivers Union (GDL), in Maschen, 30 kilometres away from Hamburg, Germany August 24, 2021. REUTERS/Fabian Bimmer

BERLIN, Aug 30 (Reuters) – Germany’s GDL train drivers’ union said on Monday it would go on strike on Sept.1 for a week after wage talks with rail operator Deutsche Bahn (DBN.UL) failed to yield a compromise.

The strike, the third and longest in the current wage dispute, will affect freight services from Wednesday afternoon while passenger traffic will be affected from the early hours on Thursday. The strike will run until Sept. 7.

“This is one of our longest strikes,” said GDL chief Claus Weselsky, ruling out open-ended industrial action.

GDL, which has already held two strikes in August, is demanding a 3.2% increase for drivers in addition to a coronavirus bonus of 600 euros.

Deutsche Bahn has said that it is ready to meet the wage rise demand but that the two sides could not agree on when the increase should go into effect.

“A negotiable offer is on the table,” Deutsche Bahn’s HR chief Martin Seiler said in a statement. “Wage agreements cannot be dictated.”