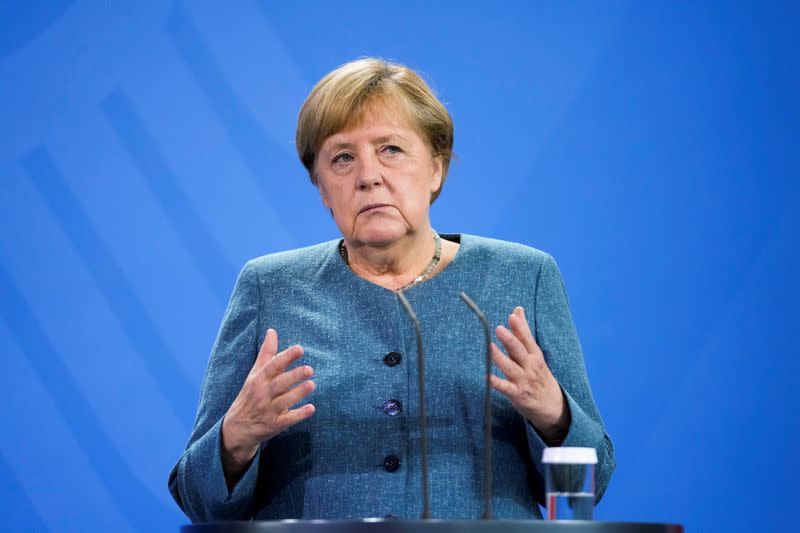 BERLIN (Reuters) – Germany estimates there are still between 10,000 and 40,000 local staff working for development organisations in Afghanistan who have a right to be evacuated to Germany if they feel they are endangered, Chancellor Angela Merkel said on Tuesday.

Speaking at a Berlin news conference with her Austrian counterpart, Merkel said most of those working for the German armed forces and police were already outside Afghanistan, but that, since development aid to Afghanistan had not been stopped, many staff in that field remained in the country.

“For us the focus at the moment is local staff and that’s not 300 people, that’s probably more like 10-40,000 people, and we will have to see how many of them want to leave the country and how many not,” she said.

“As we’ve seen, nobody takes the decision to leave their home lightly.”