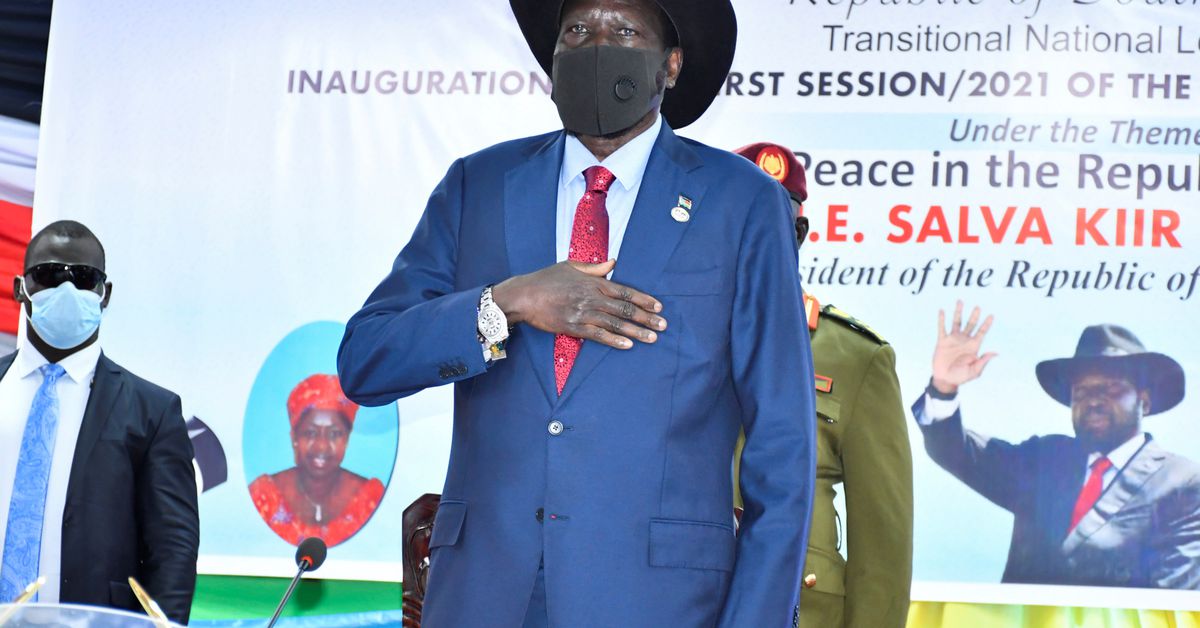 The capital Juba was quieter than usual as residents sheltered inside. Internet access was restored on Monday evening, residents said, although service was slow.

A coalition of activist groups had reiterated their call on Sunday for rallies demanding Kiir’s resignation. However, there was no sign by mid-afternoon of big street gatherings in Juba. Some activists told Reuters they were in hiding for security reasons.

The activists accuse Kiir’s government of corruption and failing to protect the population or provide basic services. The government has repeatedly denied allegations from rights and advocacy groups of abuses and corruption.

Addressing lawmakers as he opened a new session of parliament, Kiir termed those behind the calls as people “who wish us ill”.

“Improving the wellbeing of our people is our priority,” he said.

Parliament should urgently approve the government’s budget, Kiir said, adding that lawmakers should also help to facilitate the process towards an election due at the end of a transitional period to stave off instability.

Police said the activists had not sought permission to protest and therefore any large demonstration would be illegal.

“We deployed the forces at least to keep order in case of any problem. Those forces are in the streets for your safety,” police spokesperson Daniel Justin Boulogne said.

Deputy Information Minister Baba Medan told Reuters he could not comment on the reported shutdown as he was attending the opening of parliament. MTN did not immediately respond to a comment request.

An industry source with direct knowledge of the matter said the outage was due to a directive by the government.

Activist Jame David Kolok told Reuters that the internet shutdown was a sign “the authorities are panicking”.