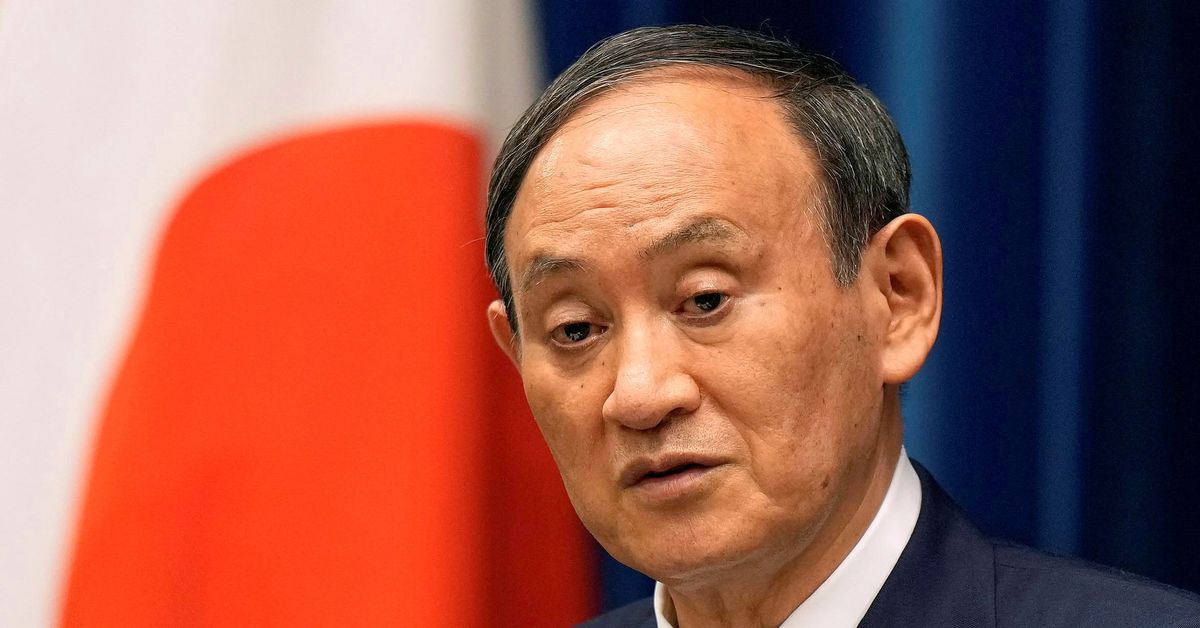 TOKYO, Aug 31 (Reuters) – Japanese Prime Minister Yoshihide Suga is set to replace an unpopular long-term ally as he seeks to shore up support ahead of a party leadership election he must win before the general election planned for October, media said on Tuesday.

Liberal Democratic Party (LDP) Secretary General Toshihiro Nikai told Suga he would step down at a meeting on Monday, the reports said.

“I’ve been in the Secretary General post for more than five years, I want you to do the reshuffle without hesitation,” Nikai told Suga, according to the public broadcaster NHK.

Nikai was instrumental in helping Suga become prime minister last year and was also the first among LDP faction chiefs to throw his group’s support behind the premier in this year’s contest.

But some parliamentarians have voiced their unease with the amount of power wielded by Nikai, 82, who has held the key LDP post, with control over campaign funds, since August 2016 – the longest in the party’s history.

The proposal was seen as Kishida’s bid to attract grassroots LDP members who, unlike last year, will vote along with members of parliament and who, fearful of losing their seats, may be wary of following their elders’ orders.

The reshuffle of the party executive, including Nikai, was set to take place next week, Kyodo news agency reported. Suga will instruct his party and government to craft economic stimulus measures and an extra budget to help fund them within the week, Kyodo reported, citing an unnamed senior ruling party official.

Suga’s move was “without a doubt” aimed at helping him win the backing of party grandees, such as Suga’s predecessor, Shinzo Abe, and Finance Minister Taro Aso, said Corey Wallace, assistant professor at Kanagawa University.

“It’s about the use of party funds and distributing party posts,” Wallace said. “Nikai wasn’t particularly popular inside the party and I don’t think anybody would’ve tolerated him any longer after his record-long run.”

Abe’s stance will be particularly closely watched given his influence inside two largest factions of the LDP – his own Hosoda group and the second-largest faction led by Aso – as well as among the conservative wing of the LDP, experts say.

Ten members of the LDP upper house members close to Suga, who don’t belong to any party faction, confirmed on Tuesday that they would back the premier in the leadership race.

The winner of the party chief contest is all but assured of being the premier due to the LDP’s majority in the lower house and will guide the party through a general election, with the government considering a plan to hold the poll on Oct. 17. read more

Suga’s support ratings are at record lows as he failed to capitalise on delivering the Olympics for the country, being hit hard by a fresh wave of coronavirus infections. The government has declared a fourth state of emergency in most of Japan amid a sluggish vaccination rollout.

Both Kono and Ishiba have not decided whether to run.

The LDP and its allies are not expected to lose their coalition majority in the powerful lower house, but forecasts suggest that Suga’s party could lose its outright majority, an outcome that would weaken whoever is leading the LDP.