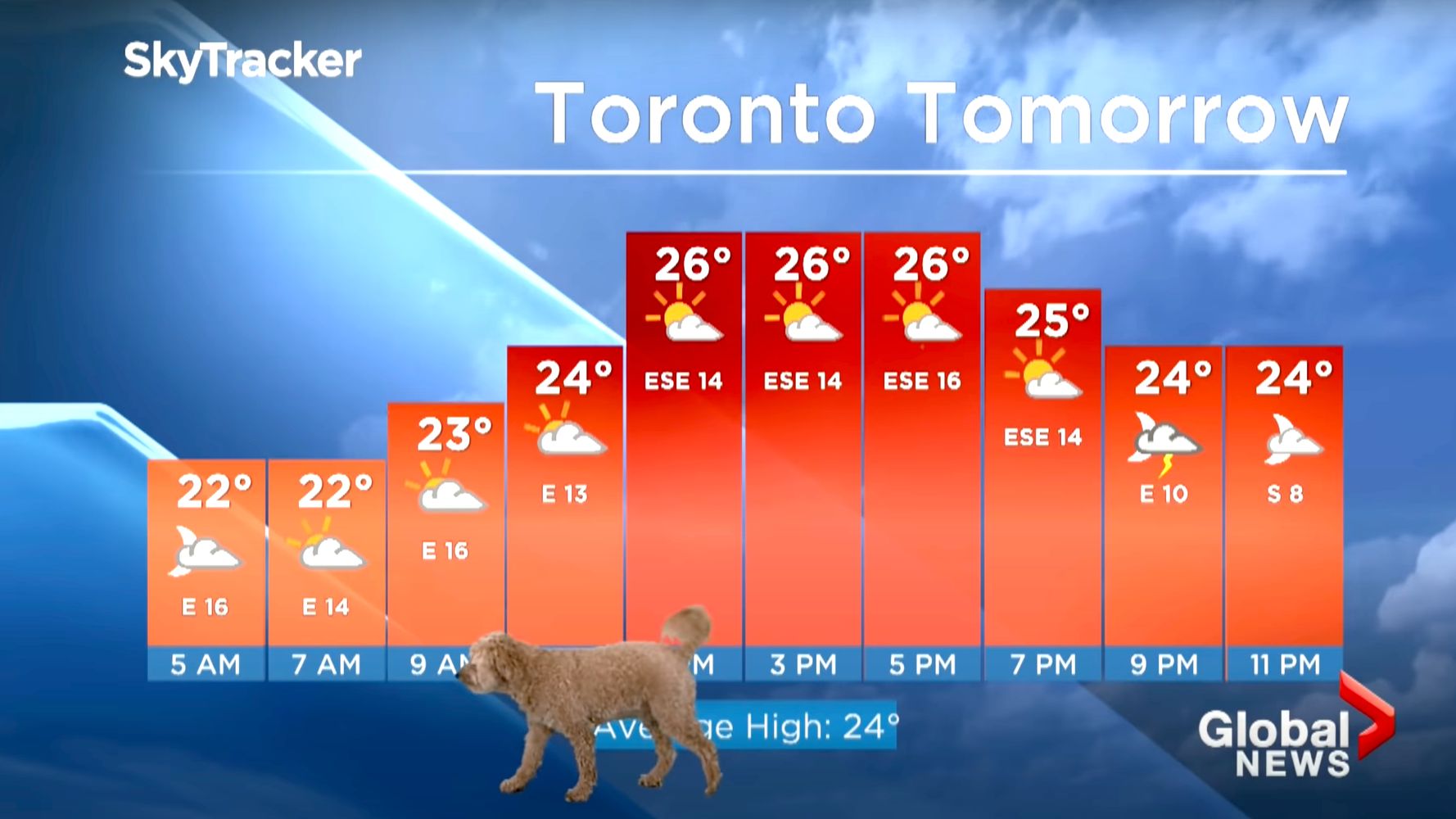 He saw treats on the forecast, and he was right.

A Toronto meteorologist’s dog made an adorable cameo during a weathercast on Friday. Global Toronto’s Anthony Farnell was mid-segment when his well-known pup, Storm, popped in to say hi. After staring down his owner for a snack, he stuck around for the rest of the weather, pacing across the screen and watching Dad do the news.

“Anthony finished his segment without a hitch while Storm sated his hunger (and mugged a bit for the camera)…all in a day’s work!” the station wrote alongside a clip of the segment.

It was nothing too out of the ordinary for longtime viewers: The pup, known as “Storm the Weather Dog,” is somewhat of a celeb in his own right. The miniature goldendoodle has made a few impromptu appearances on air in the past and first went viral nearly 10 years ago when he popped up at the Global News anchor’s desk during the nightly broadcast.

Since then he become a fixture at the studio and, according to Global News, often accompanies his owner to charity and educational events to teach kids about meteorology.

Watch the cute moment below.