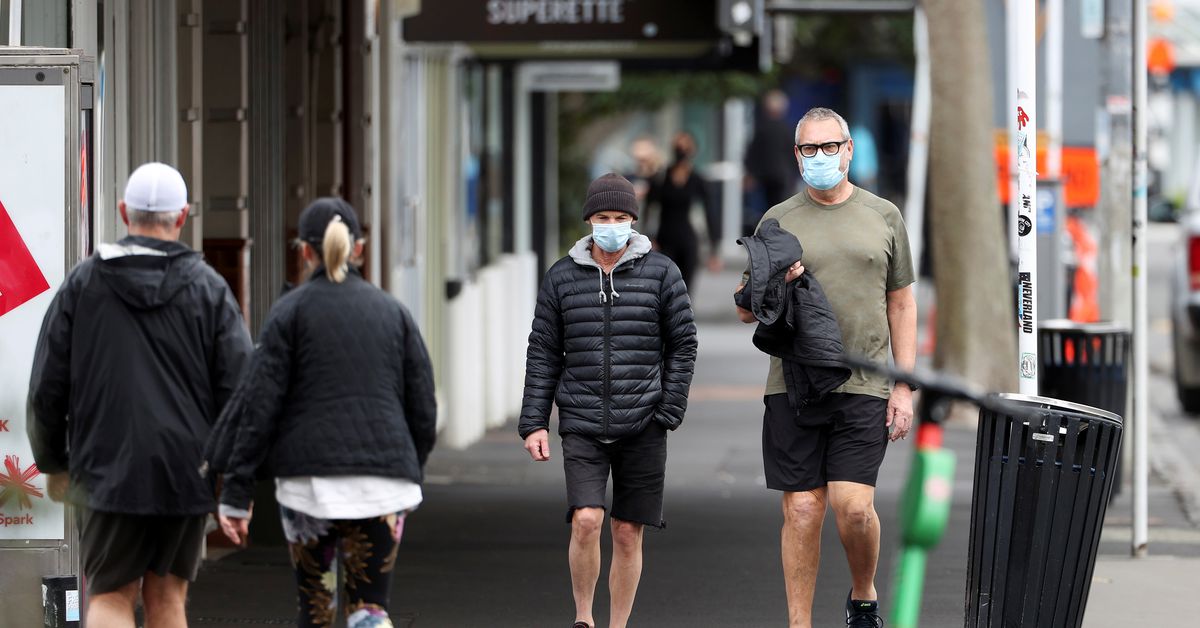 People wear masks as they exercise during a lockdown to curb the spread of a coronavirus disease (COVID-19) outbreak, in Auckland, New Zealand, August 26, 2021. REUTERS/Fiona Goodall

WELLINGTON, Aug 31 (Reuters) – New Zealand’s government on Tuesday reported that new COVID-19 cases fell for a second day, down to 49, amid the tight lockdown the country undertook during the latest outbreak this month.

Except for a small number of cases in February, New Zealand was mainly coronavirus-free for months, until an outbreak of the Delta variant imported from Australia prompted Prime Minister Jacinda Ardern to order a snap nationwide lockdown on Aug. 17.

The total number of cases in the outbreak is at 612, with 597 in New Zealand’s largest city of Auckland and 15 in the capital Wellington.

The declining number of daily cases signals that the social restrictions are reducing the spread of the highly infectious Delta variant, Ardern said in a news conference.

“We have a second day where our numbers have declined. We want the tail of this outbreak to be as short as possible,” Ardern said.

Around 1.7 million Aucklanders will remain in strict level 4 lockdown for another two weeks, while restrictions for the remainder of the country will ease slightly from Wednesday. read more

Police placed checkpoints at the outskirts of Auckland to ensure no non-essential movement was allowed into the city.

Police also said they had arrested 19 people on Tuesday following anti-lockdown protest around the country.

There are now 33 people in hospitals from the latest Delta outbreak, the Director General of Health Ashley Bloomfield said, with eight cases in stable condition in intensive care.

“It is sobering to see six cases in the outbreak are under the age of one,” he said

But he added that the public health measures in place were slowing the spread of the virus and cases will continue to decline.

Ardern’s lockdowns, along with closing the international border from March 2020, were credited with reining in COVID-19.

However, the government now faces questions over a delayed vaccine rollout, as well as rising costs in a country heavily reliant on an immigrant workforce.

Just over a quarter of the population has been fully vaccinated so far, the slowest pace among the wealthy nations of the OECD grouping.