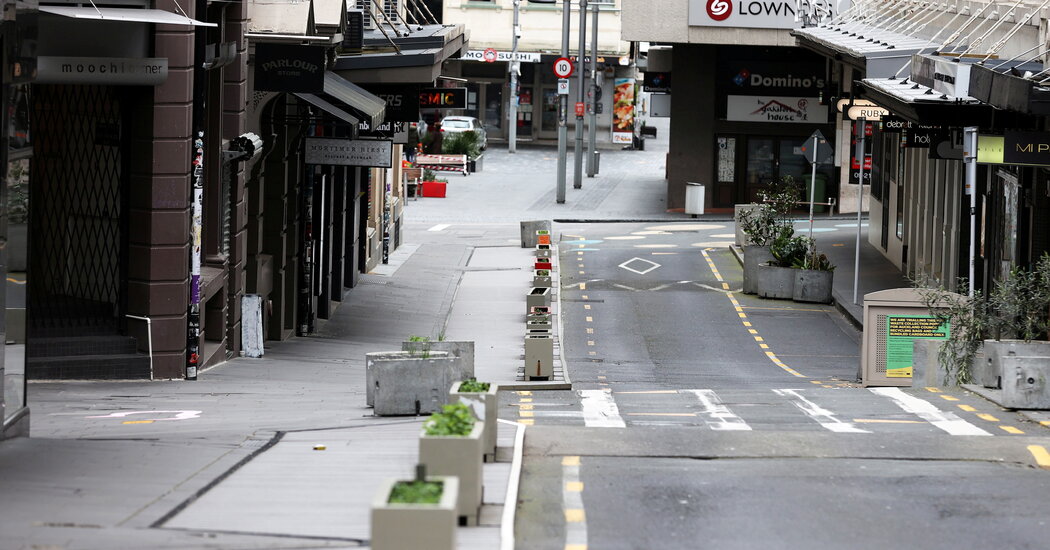 The police in New Zealand are establishing checkpoints south of Auckland, the country’s largest city, to prevent people from moving illegally between regions with different levels of virus restrictions.

“The checkpoints on the outskirts of Auckland will be stopping vehicles and questioning drivers, ensuring there is no nonessential movement through the region,” said Andrew Coster, the country’s police commissioner, in a statement.

New Zealand has been in a strict national lockdown since Aug. 17, after a single case of the more contagious Delta variant was identified in the community. The country has since reported more than 600 cases, with 33 hospitalizations. Beginning Wednesday, most of New Zealand will move to a less severe Level 3 lockdown, while Auckland will remain under the heaviest level of restrictions for another two weeks.

Crossing the border between regions is permitted only under very limited circumstances, including for freight deliveries, to receive a dose of a Covid-19 vaccine or to take care of an ill person.

The lockdowns are another example of the challenges that the Delta variant has posed to countries that have followed a “Covid Zero” approach, aiming to eliminate the virus entirely in their territories and then keep it out with tight border rules. New Zealand committed to that plan early, and its success has allowed residents to live almost without restrictions for most of the pandemic. In total, the country has reported fewer than 3,600 cases and only 26 deaths.

North of Auckland, Maori tribes have been in consultation with the police about setting up community-run roadblocks to prevent Aucklanders from traveling into the Northland region after it relaxes restrictions later this week.

The community-run group Tai Tokerau Border Control, which uses the Maori name for the region, ran checkpoints alongside the police during last year’s lockdown. The group has been discouraged from doing so under the current restrictions because of the more contagious nature of the Delta variant, the police said.

“We’re being forced into the situation, because checking with our marae” — the Maori word for a community house — “and elders, they’re very concerned,” Reuben Taipari, a coordinator for the group, told the New Zealand news outlet Stuff, of the group’s desire to run their own roadblocks. “They’re almost demanding that we have to stand.”