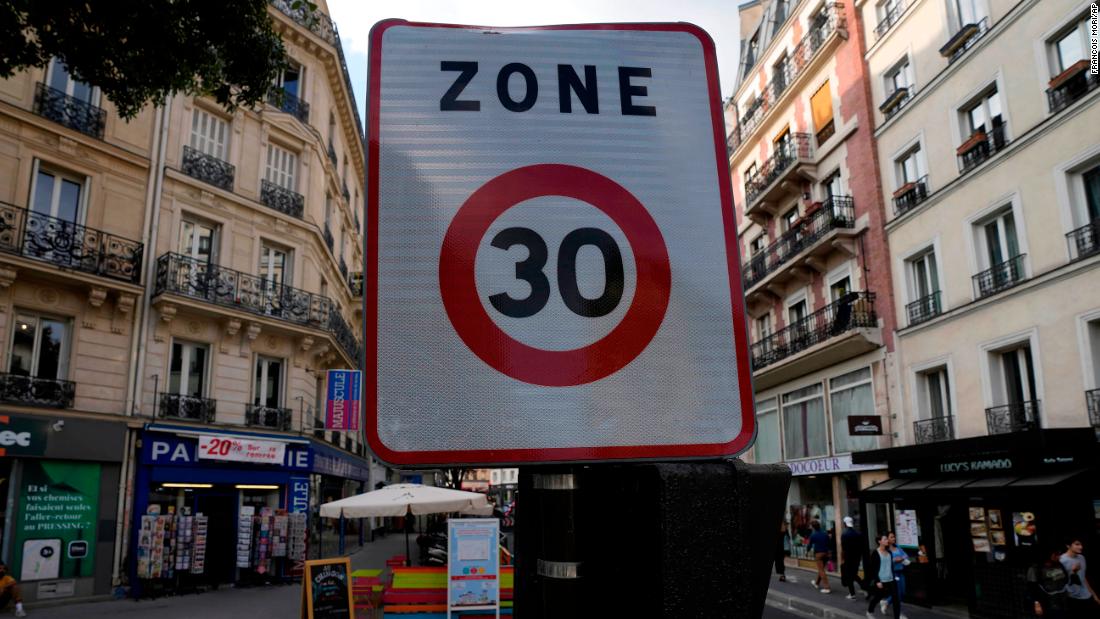 Paris(CNN) Authorities in the French capital of Paris are forcing drivers to slow down, setting a speed limit on almost all the city’s roads, in a bid to reduce pollution and improve road safety.

But will it work? There are questions over whether the rule — which limits drivers to 30 kilometers per hour (19 miles per hour) — will actually reduce pollution. Some critics say it will worsen the city’s rush-hour traffic jams and could even increase greenhouse gas emissions.

That will depend partly on whether drivers get so fed up with the speed limit that they choose to commute in other ways.

To further dissuade drivers from taking vehicles into the city, authorities are also getting rid of 60,000 of the Paris’ 144,000 parking spaces on public roads to make them “more accessible to everyone,” and will better utilize underground parking. Some sidewalks will be widened — allowing more walking space, as well as trees and plants — and new cycle lanes will be installed.

According to a poll by the Parisian City Hall, 59% of the city’s residents were in favor of the new limit, which came into effect on Monday, but opposition was much higher in the wider Île-de-France region, at 61%.

A delivery driver stuck in traffic on Monday said that the change had been “terrible.”

Another driver said it was as if car drivers were traveling on “electric scooters,” calling the rule “crazy.”

A cyclists rides by congested traffic along the Seine River in Paris.

Parisian Deputy Mayor David Belliard, who is responsible for transport, told BFMTV that the hope was the limit would put more people off driving altogether and encourage more walking, use of public transport and bikes.

On Sunday, he posted a tweet to deflect online criticism of the new rule.

“A friendly clarification of what those who oppose lowering the speed limit are saying: NO, a speed limit of 30km/h doesn’t increase pollution … But actually improves safety for cyclists and pedestrians, reduces noise and makes the city calm,” he wrote.

City Hall officials said that the change would reduce total road accidents by an estimated 25% and fatal accidents by 40%, pointing to a World Health Organization study.

Noise pollution will also halve, they estimate, saying that traffic noise had negative physical and psychological impacts, including stress, insomnia and depression.

The rule change follows a public consultation held in October and November 2020, involving more than 5,700 people.