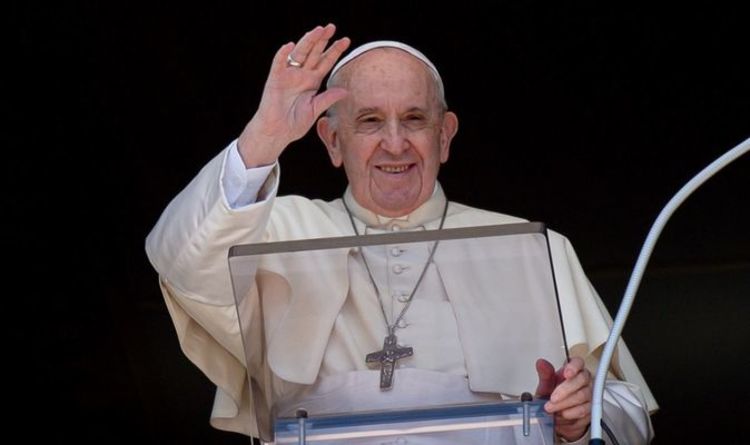 The head of the Catholic Church has said that a nurse “saved my life”. Francis, 84, left hospital ten days after he underwent the planned surgery to remove half of his colon.

It was the 84-year-olds first major surgery since he assumed the position as Pope in 2013.

There were reports that Francis will require several weeks for recovery before resuming travel in September.

However, there were fears that he may resign like his predecessor Benedict XVI who was the first Pope to step down from the Seat of St Peter in 600 years.

The last head of the Catholic Church to do so was Gregory XII who resigned in 1415 during the ongoing church leadership crisis – the Great Western Schism.

The operation Francis underwent at the beginning of July was to treat diverticular stenosis, a common problem for people over 80-years-old.

Francis is expected to visit Hungary and Slovakia in September before later flying to Glasgow, Scotland, for the COP26 climate conference.

While there is no evidence Francis plans on stepping down, he has hinted that he may consider it at some point.

In 2015 he spoke about his predecessor’s resignation and said that the Catholic Church should not have “leaders for life”.

During the interview Francis also revealed that he suffers from painful sciatica as well as the loss of half a lung.