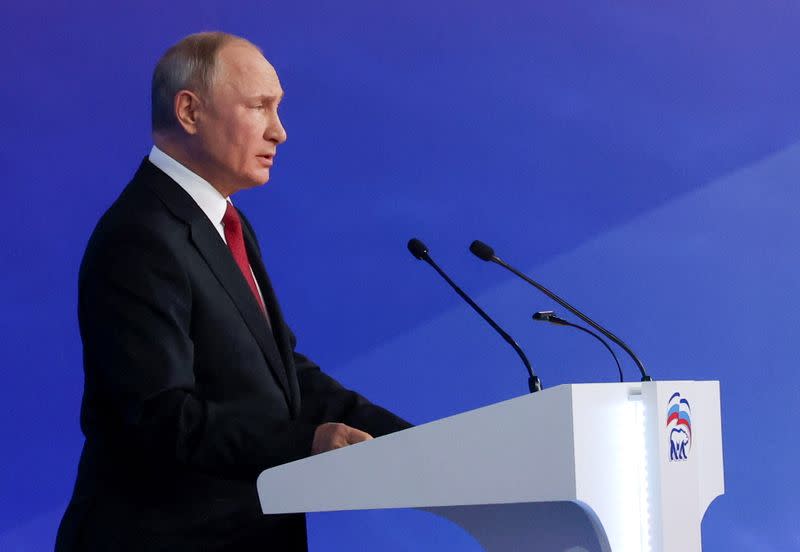 MOSCOW (Reuters) – President Vladimir Putin on Tuesday approved one-off payments to law enforcement and military officials ahead of a parliamentary election next month, a move critics said was designed to encourage them to vote for the ruling party.

The payments, worth 15,000 roubles ($200) each, will be made in September to fire fighters, police officers, prosecutors and soldiers, among others, according to two decrees signed by Putin and published on the Kremlin website on Tuesday.

The decrees said the payments were designed to protect the social needs of those receiving them.

The Kremlin leader last month pledged similar payments to pensioners, many of whom have been affected by rising food rises and inflation of 6.5%, well above the central bank’s 4% target.

Kirill Rogov, a political expert who is sometimes critical of the Kremlin, told the Ekho Moskvy radio station that the payments amounted to targeted bribes of key voter groups upon whom Putin relies to remain in power.

The Kremlin denies the payments are in any way connected with the elections.

Putin, 68, has been in power as either president or prime minister since 1999.

He helped found the ruling United Russia party which is expected to retain its dominance at next month’s elections despite a slump in its rating fuelled by years of stagnating or falling real incomes.

The move, critics say, was designed to stamp out opposition to United Russia. The Kremlin denies the crackdown is political.