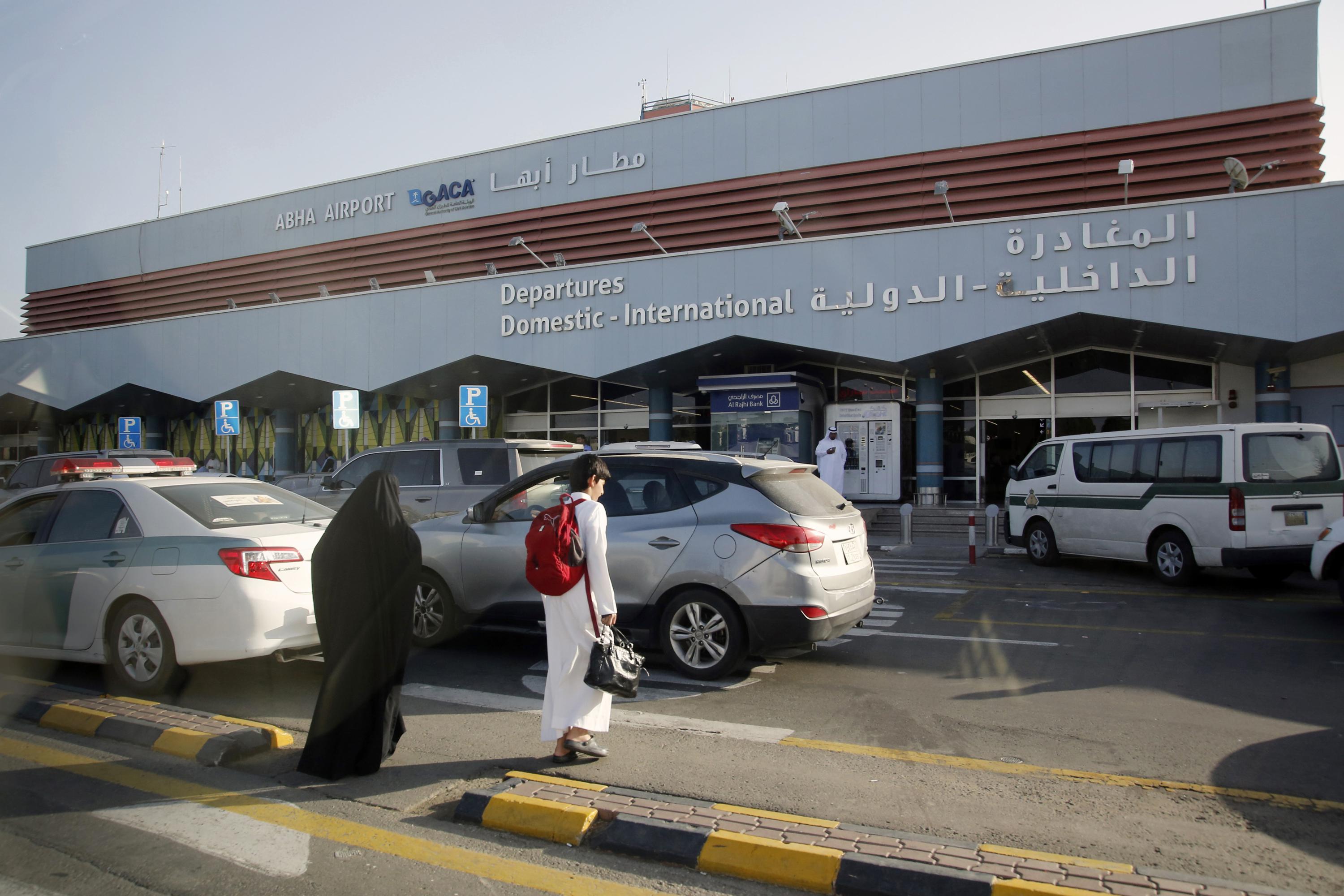 DUBAI, United Arab Emirates (AP) — A bomb-laden drone on Tuesday crashed into an airport in southwestern Saudi Arabia, wounding eight people and damaging a civilian plane, Saudi state television reported, the latest assault on the kingdom amid its grinding war in neighboring Yemen.

The Saudi-led coalition fighting in Yemen blamed the assault on Yemen’s Iran-backed Houthi rebels, saying it was the second such strike on Abha airport in the last 24 hours. An earlier ballistic missile attack scattered shrapnel across the tarmac but caused no casualties. The Houthis did not claim responsibility for the strikes and its military spokesman did not answer calls seeking comment.

Saudi forces said they downed the drone, and that their interception sent fragments flying that punctured small holes in a passenger plane, shattered glass and wounded citizens of Bangladesh, Nepal and India. One Bangladeshi man remained in critical condition, the coalition said, without offering further details about the assault.

The attack comes just days after missiles and drones slammed into a key military base in Yemen’s south, killing at least 30 Saudi-backed Yemeni troops and marking one of the deadliest attacks in the country’s yearslong civil war. No one claimed responsibility for the strike, which bore the hallmarks the Iranian-supported rebels.

Those attacks, often striking near the southern cities of Abha and Jizan, have rarely caused substantial damage but over the years killed at least one person, wounded dozens and rattled global oil markets. Within Yemen, the Saudi-led bombing campaign has drawn international criticism for killing civilians, hitting non-military targets like hospitals and wedding parties and devastating infrastructure in the Arab world’s most impoverished nation.

The Yemen war has settled into a bloody stalemate even as international diplomatic efforts to halt the fighting intensify. The Houthis have accelerated their push to wrest control of the oil-rich government stronghold of Marib in recent months, and escalated their cross-border attacks on the kingdom.

As the rebels pressed their offensive on Marib, the Yemeni military said it thwarted an attack on the nearby city of Rahbah on Monday. The raging battles around the critical Marib province in recent months have left thousands of fighters dead, mostly Houthis, and killed 12 government troops on Monday, said a military official who spoke on condition of anonymity because he was not authorized to talk to reporters.

Yemen’s war started in 2014, when the rebels seized the capital, Sanaa, and much of the country’s north. The Saudi-led military coalition intervened months later to dislodge the Houthis and restore the internationally recognized government.

The war has killed some 130,000 people and spawned the world’s worst humanitarian disaster.