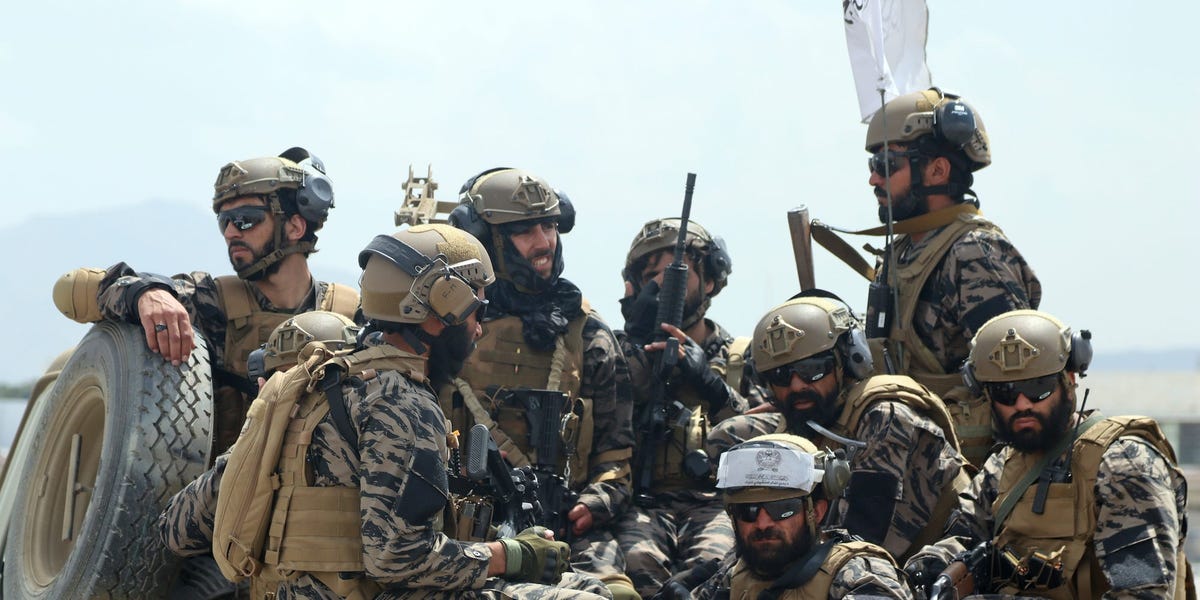 The Taliban’s spokesperson celebrated the US’s military withdrawal from Afghanistan as a “victory” that “belongs to us all” and said the militant group wanted good diplomatic relations with the US, Bloomberg and CNN reported on Tuesday.

The last US Air Force C-17 planes carrying US military and diplomatic personnel left Kabul’s Hamid Karzai International Airport on Monday at 11:59 p.m., one minute before President Joe Biden’s August 31 deadline. Celebratory gunfire from Taliban fighters could be heard in the streets.

“We highlight to every occupier that whoever sees Afghanistan with an evil eye will face the same fate as the Americans have faced,” Zabihullah Mujahid told reporters, adding that he hoped the Taliban would have “a good and diplomatic relationship” with the US, according to Bloomberg.

“We’ve never given up to pressure or force, and our nation has always sought freedom,” Mujahid said.

Monday’s departure marked the end of the nearly 20-year American military presence in Afghanistan that started shortly after the attacks on September 11, 2001, and was punctuated by a frantic effort to evacuate US citizens and Afghan allies in its final weeks. The US State Department said over 122,000 people had been evacuated from Afghanistan since the end of July. But thousands of Afghan allies were left behind, as were fewer than 250 Americans, NBC News’ Geoff Bennett reported, citing a senior State Department official.

Read more: Advice from leading crisis experts for powerful politicians, CEOs, and companies on how to put out fires, squash bad press, and manage scandals

“This nation has the right to live in peace, the right to prosperity, and we are the servants of the nation not, God forbid, that we are dominant over the nation,” he said, according to CNN. “I am praising your sacrifices; I thank you and I congratulate you.”

Despite the celebratory mood, the Taliban, which have branded the country the Islamic Emirate of Afghanistan, face mounting challenges in governing Afghans and building diplomatic relations with nations they’ll depend on for support and aid.

First among those challenges is fully securing and restoring operations at Hamid Karzai International Airport, Bloomberg said. The Taliban are rivals of ISIS-K, the regional affiliate of the Islamic State that carried out the bombing at the airport that killed 13 US service members and about 170 Afghan civilians on Thursday.

The Taliban, which have found themselves cut off from many sources of money and international aid, also have a tough path to managing the country’s finances and ensuring a functioning economy; Bloomberg described Afghans struggling to get their money out of banks and facing spiking prices for food and other goods.

It also remains to be seen to what extent the Taliban, who follow a strict interpretation of Islam, will allow women to participate in society, despite the group’s pledges to lead more moderately than when it last led the country.