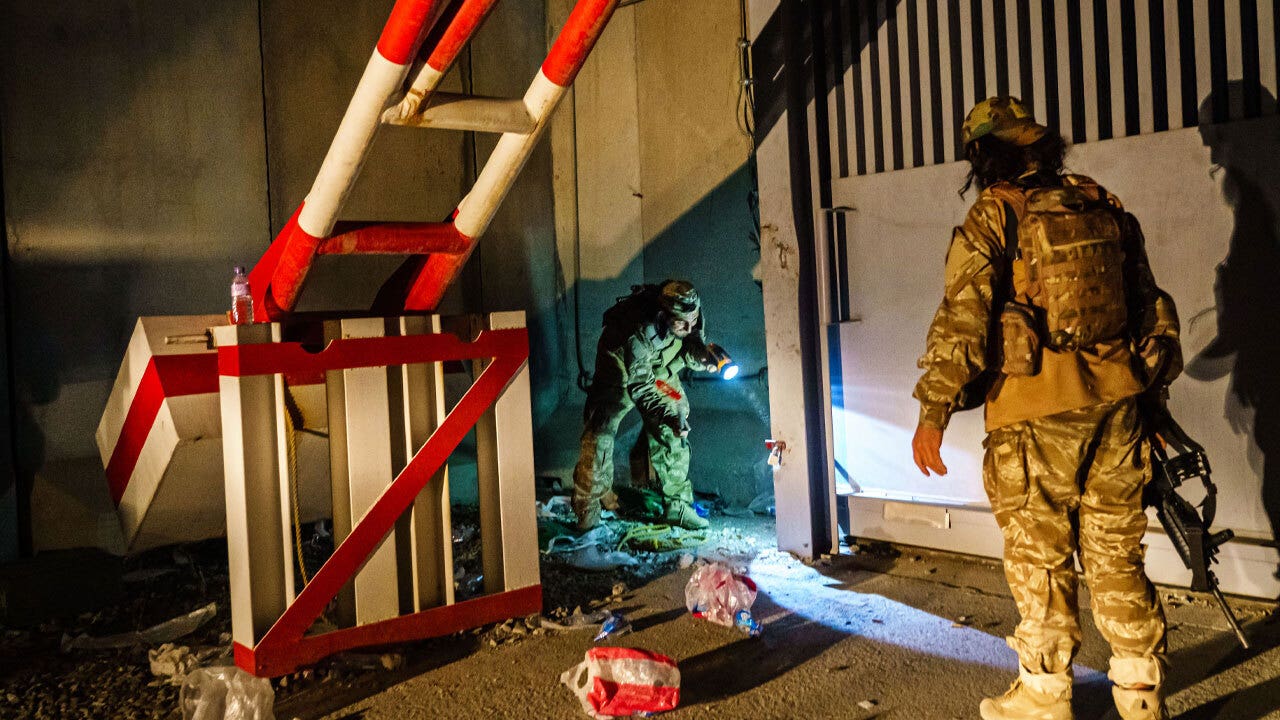 Taliban leaders took over control of the Kabul airport Tuesday and marked the departure of the last U.S. plane from the country by taking a symbolic walk across the airport’s sole runway, according to a report.

“The world should have learned its lesson and this is the enjoyable moment of victory,” Zabihullah Mujahid, the Taliban spokesman, said in a livestream video, according to the Associated Press. He spoke to reporters at the Hamid Karzai International Airport and said Americans “could not achieve their goal through military operations,” according to Al Jazeera.

Celebratory gunfire could be heard throughout Kabul before dawn, Reuters reported. A reporter from the Los Angeles Times posted video of Taliban fighters inspecting a hanger after the U.S. departure.

The AP reported that vehicles carrying the Taliban raced back and forth along the airport’s sole runway.

Before dawn broke, heavily armed Taliban fighters walked through hangars, passing some of the seven CH-46 helicopters the State Department used in its evacuations before rendering them unflyable.

Mujahid also discussed restarting operations at the airport, which remains a key way out for those wanting to leave the country.

“Our technical team will be checking the technical and logistical needs of the airport,” he said. “If we are able to fix everything on our own, then we won’t need any help. If there is need for technical or logistics help to repair the destruction, then we might ask help from Qatar or Turkey.”

The U.S. Embassy in Kabul announced on its website that it suspended operations at the facility on Aug. 31, but said it will continue to “assist U.S. citizens and their families in Afghanistan from Doha, Qatar.”

U.S. Secretary of State Antony Blinken took to Twitter to announce the suspension of a diplomatic presence in Kabul. He said the U.S. will base its diplomatic operations with the country from Doha.

During the evacuation, U.S. forces helped evacuate over 120,000 U.S. citizens, foreigners and Afghans, according to the White House. Coalition forces also evacuated their citizens and Afghans. But for all who got out, foreign nations and the U.S. acknowledged they didn’t evacuate all who wanted to go.