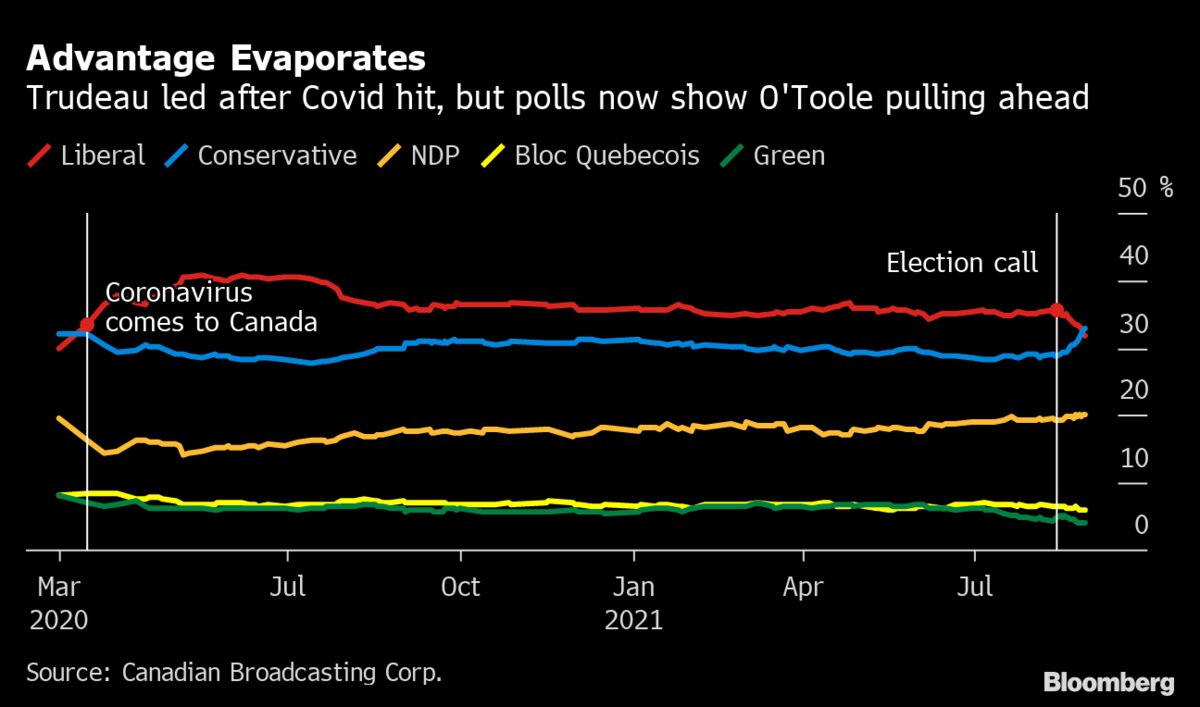 Prime Minister Justin Trudeau’s goal in calling an early election in Canada was to pull off the same feat British Prime Minister Boris Johnson did in 2019 — turn a parliamentary minority into a decisive majority for his Liberal Party. Instead, he risks looking more like Theresa May, whose decision to call a snap vote in 2017 backfired.

Canada’s Conservative Party, led by Erin O’Toole, has nosed ahead in polls and now has a 54% chance of winning the most seats, according to
projections by polling aggregator 338Canada.com. The Tories have pulled even with the Liberals in vote-rich Ontario and have a strong lead in the western provinces.