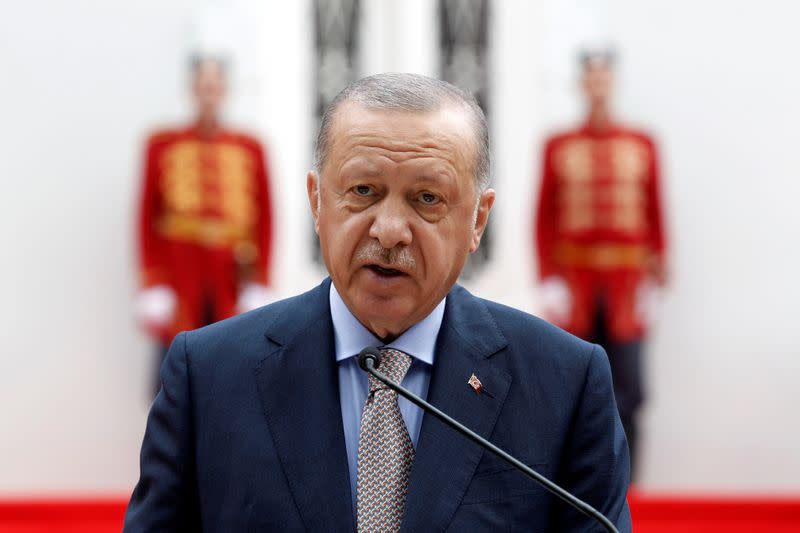 Turkey and the UAE have competed for regional influence since the Arab uprisings erupted a decade ago, a rivalry which saw them backing different sides in Libya’s civil war and extended to disputes from the eastern Mediterranean to the Gulf.

Erdogan said last year Turkey was considering breaking off diplomatic relations after the Gulf state’s accord to normalise ties with Israel.

“Relations between the countries and regional issues were discussed in the talks,” Erdogan’s office said of his call with Sheikh Mohammed.

The call came two weeks after Erdogan met a senior UAE official and said the two countries had made progress in improving relations which could lead to significant UAE investment in Turkey.

“It is in everyone’s interest to pursue an agreement-based policy instead of a conflict-based policy. Because the latter has costs. This is an important development,” a senior Turkish official said of the latest talks.

Ankara and Abu Dhabi have backed rival groups in the Middle East for years, with Turkey supporting Islamist movements, especially the Muslim Brotherhood which took part in the Arab Spring uprisings in a bid to overthrow autocrats in the region. Wealthy Gulf leaders worry such unrest would reach home.

The UAE’s state news agency WAM said both leaders discussed “the prospects of reinforcing relations between the two nations in a way that serves their common interests and their two peoples.”

Turkey last year accused the UAE of bringing chaos to the Middle East through interventions in Libya and Yemen, while the UAE and several other countries criticised Turkey’s military actions.

Ankara has also made overtures this year towards the UAE’s main regional allies, Egypt and Saudi Arabia, aimed at overcoming tensions that have impacted Turkey’s economy.

Turkey’s tense ties with Saudi Arabia collapsed after the 2018 killing by Saudi agents of journalist Jamal Khashoggi in the Saudi consulate in Istanbul.

Relations with Egypt have been strained since the military overthrew Egypt’s first democratically elected president, Mohamed Mursi of the Muslim Brotherhood. Erdogan, whose ruling AK Party is rooted in political Islam, had been a strong supporter of Mursi.

The two countries said on Tuesday they would hold a second round of talk next week. The Turkish official said it was unrealistic to expect to solve long-term problems in a short period of time.

“But there is a will to solve them. The issues will not worsen, in the short and medium term relations will get better.”